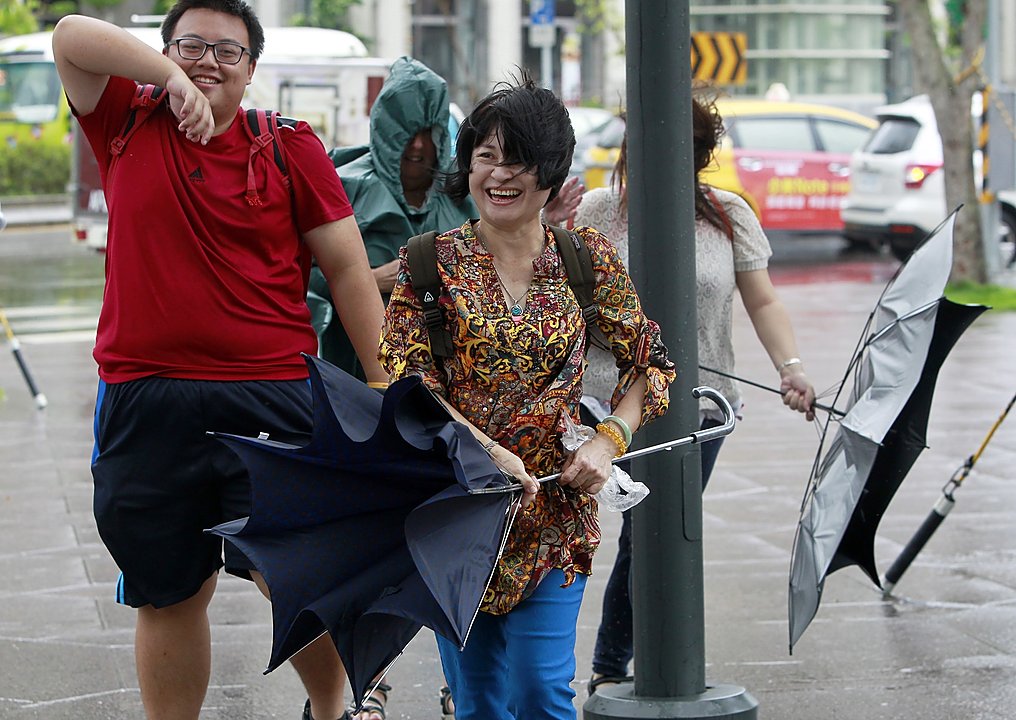 Authorities in Taiwan evacuated thousands of people in anticipation of Super Typhoon Dujuan, which is expected to make landfall Monday evening.

The storm featured maximum sustained winds of about 114 mph with gusts reaching 141 mph. Dujuan’s trajectory carries it just south of the capital of Taipei.

This satellite image of Typhoon Dujuan shows the center of the storm as it rolls across the Pacific Ocean. Image by NOAA

Some 4,000 people were relocated from the region Monday, in addition to 3,000 more forced to leave two resort islands in the region over the weekend. About 24,000 troops were placed on standby and more than a hundred shelters were erected in the region.

A Bon Jovi concert slated to take place in the capital city of Taipei on Monday was also canceled.

Local authorities issued land and sea warnings in anticipation of the storm. Plans to shut down rail service were announced and more than 200 international and domestic flights were canceled.

Weather forecasters expect Dujuan to weaken to the equivalent of Category 3 hurricane prior to making landfall. They expect 20 inches of rain to fall on mountainous areas throughout central Taiwan.

Dujuan is also expected to hit the southeastern Chinese coastal province of Fuijan on Tuesday. Its winds should be diminished by that point, but torrential rains will still pose a threat to the region.