Do team sports have roots in hunter-gatherer education? • Earth.com 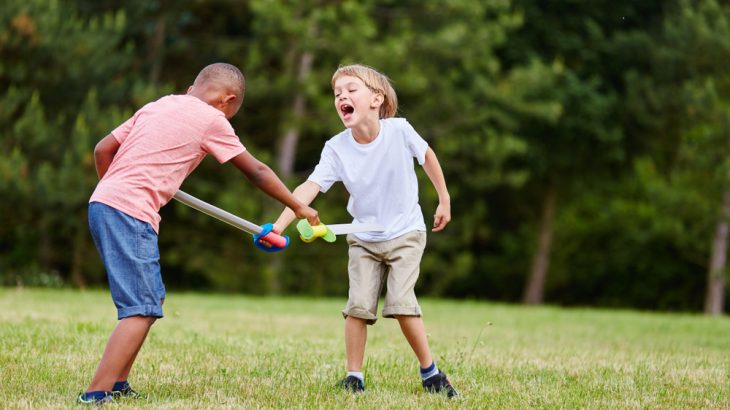 Do team sports have roots in hunter-gatherer education?

Team sports and mock battles may have trained young hunter-gatherers to fight for their lives, in hunting and warfare, a new study says.

The skills children learned by kicking balls or hitting them with sticks, play fighting, running and other games may have once trained skills they would use when tracking animals or raiding neighboring communities. These games improved hand-eye coordination and stamina, both skills needed in battle and providing meat for their own people.

A team of researchers examined records of hunter-gatherer societies in 100 different regions, and found that in 46 of those regions, team sports and other contact games that mimicked hunting and battle skills were common.

“Interestingly, mock warfare was found in 39 percent of culture clusters and boys’ mock warfare in 26 percent,” Dr. Michelle Scalise Sugiyama of the University of Oregon told the Daily Mail. “This suggests that motivation to engage in coalitional play fighting emerges in childhood.”

The researchers studied records of hunter-gatherers collected in Murdock’s Ethnographic Atlas, looking for cultures that played team sports and other games that included running, throwing and grappling. The games may have taught children skills like kicking and punching, dodging blows and throwing projectiles, and allowed adults to practice those skills.

This kind of play also built teamwork and strategy among the groups that practiced them. Individual members increased their stamina and learned skills that would aid in their own survival and the survival of their group in the future.

Regularly playing team sports let communities evaluate their own people’s combat skills. When played against or with neighboring groups, these sports also let communities build alliances while learning about others’ skills as well, researchers said.

“The widespread evidence for such games among hunter-gatherer societies suggests that the motivation to engage in them is a universal feature of human psychology, generating behaviour that develops, rehearses, and reines the coalitional combat skills used in lethal raiding,” Scalise Sugiyama told the Mail.

The new study has been published in the journal Human Nature.