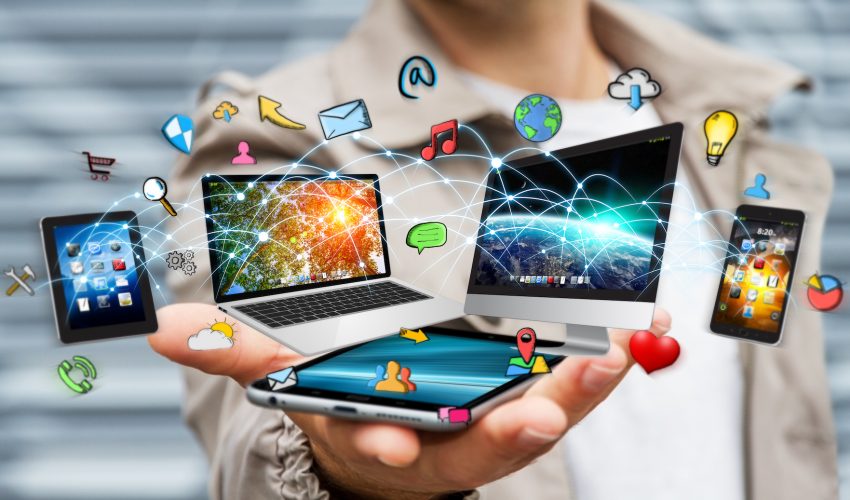 Televisions, tablets, and other tech devices are now being made with quantum dot displays that are setting a new standard for high definition images, but some of the quantum dots contain potentially dangerous metals. A team of researchers set out to evaluate the harm these nanomaterials may cause when the devices are thrown out and exposed to the elements.

“In just the past decade, engineered nanomaterials have been incorporated into so many consumer products,” said co-author Yuqiang Bi from the University of Arizona. “The U.S. Environmental Protection Agency has funded us to assess these nanomaterials. They want to know how to predict and manage the risk from these substances.”

The researchers wanted to observe the amount of nanomaterials that would seep out of devices under simulated landfill conditions. The first step was getting their hands on electronics which contained the nanomaterials.

“Consumer electronics don’t list their ingredients like foods do,” explained Bi. “We have to scavenge everything we can find to get ideas about how the electronics are manufactured and which consumer products actually have the nanomaterials.”

The researchers tested devices for the presence of quantum dots and identified a tablet containing cadmium quantum dots. Cadmium selenide, or CdSe, is a heavy metal that is toxic and carcinogenic. The team also discovered a television with indium quantum dots. Indium is much less toxic than cadmium, but the indium nanomaterials require an energy-exhaustive process to produce.

The researchers wanted to determine whether using the safer quantum materials is worth the expense of energy.

“Just because a product has quantum dots doesn’t mean it poses a risk,” said Bi. “That depends on whether the quantum dots can get into the environment.”

The researchers focused on what might happen to the products after being discarded.

“In a landfill, a product’s contents are susceptible to leaching into its surroundings,” said Bi. “Rainfall in a landfill creates acidic solutions. The metals can get dissolved and, once dissolved, cadmium has a much greater potential to penetrate the groundwater.”

The researchers simulated landfill water with acidic chemicals and performed tests to expose the devices to the liquid in various ways. When they measured to see how much cadmium and indium leached into the solution, they found that the cadmium poses much less of an environmental threat than expected. With this in mind, the experts believe it is more beneficial to use the toxic quantum dots along with their eco-friendly manufacturing process.

The researchers are still working to get a more accurate estimate of how much of the materials seeped into the solution. So far, Bi said that they “aren’t seeing huge amounts of leaching, especially when we are talking about realistic disposal methods.” The researchers will present their work on August 20th at the 254th National Meeting & Exposition of the American Chemical Society.