Teen risk-taking and prosocial behavior are motivated by fun-seeking • Earth.com 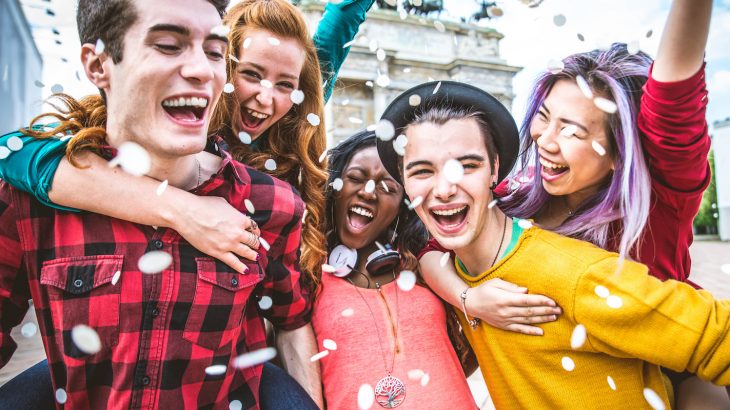 Teen risk-taking and prosocial behavior are motivated by fun-seeking

A new study from researchers at Leiden University and the University of North Carolina, Chapel Hill has uncovered a link between risk-taking and prosocial (doing good for others) behavior in adolescents. Although seemingly opposite results, both behaviors are seemingly motivated by teens actively seeking fun.

“We sought to test the pathways that support adolescents’ development of rebellious and helpful behaviors,” said first author Neeltje E. Blankenstein, a postdoctoral researcher at Leiden University. “Because adolescence is often associated with negative stereotypes, our findings provide a more nuanced view on adolescent development by focusing on the relation between risk taking and prosocial behavior.”

To come to their conclusion, the research team analyzed 210 adolescents who took part in the Netherlands’ Braintime study, which took place in 2011, 2013, and 2015. When the study first started, participants were aged between 8 and 25, and by the end of the study period, they were aged 12 to 97. These participants were asked how often they engaged in rebellious and prosocial behaviors via a questionnaire, including drinking and smoking, as well as how often they sought out fun and rewarding activities, such as comforting friends.

Researchers also had the participants fill out surveys about their social skills, specifically, empathy and social perspective taking. And finally, participants received a magnetic resonance imaging scan each time they were questioned in order to measure the maturation of the two brain regions in question — the nucleus accumbens and the medial prefrontal cortex, both important for risk-taking and prosocial behaviors.

The researchers found that rebelliousness increased from early adolescence into later teen years before declining in adulthood, whereas prosocial behavior peaked in mid- to late-adolescence. And these two opposite behaviors were linked — the more a person took risks, the more likely they were to also behave prosocially.

Furthermore, prosocial behavior was linked to a person showing more empathy and greater perspective taking, whereas risk-taking behavior was ruled by fun seeking.

However, a fun-seeking trait can also lead someone to show more prosocial tendencies, meaning that the developmental process could result in either or, or both behaviors, the researchers said.

“Our study suggests that fun seeking may be a trait that leads to diverse aspects of adolescent development, and that adolescence is a time of both vulnerabilities–seen in risk taking — and opportunities — seen in helping behaviors,” said co-leader Eva H. Telzer, associate professor of psychology and neuroscience at the University of North Carolina, Chapel Hill. “It also suggests that risk taking may serve positive goals, for instance, when adolescents take risks to help others.”

These findings are published in Child Development.