Temporary warming over 2°C may cause cascading tipping events • Earth.com 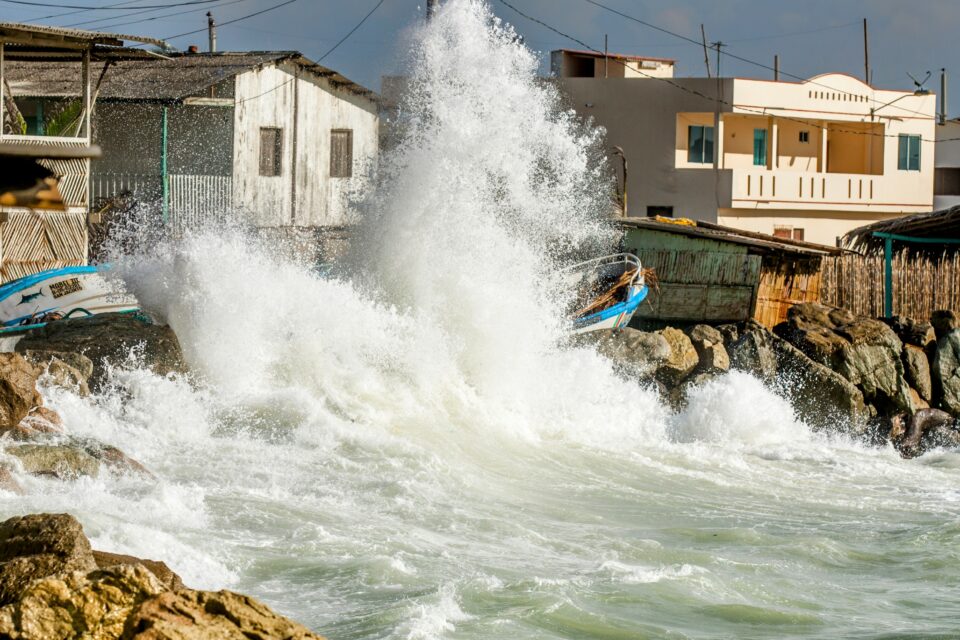 Temporary warming over 2°C may cause cascading tipping events

The target of the United Nations Paris Agreement, signed by 196 parties in 2015, was to limit the global temperature rise to an average of between 1.5 and 2°C. Although some countries have made some progress towards reducing their greenhouse gas emissions, it is looking increasingly likely that we will overshoot this target. Unless urgent action is taken now, in the next decade, the planet is expected to continue heating rapidly, and to warm by more than the critical average of 2°C.

Scientists envisage a period of higher temperatures in the middle of this century, as a result of our failure to reduce gas emissions. After this, however, it is hypothesized that the deployment of new, as yet unproven, technologies and techniques for removing greenhouse gases from the atmosphere will eventually bring temperatures back down to a safer level. But what will be the consequences of exceeding 2°C of global warming, even if we do return to lower temperatures in future?

A new study from scientists at the Potsdam Institute for Climate Impact Research (PIK), and their international colleagues, has concluded that temporarily overshooting the temperature target could increase the tipping risk of several Earth system elements by more than 70 percent, in comparison with the consequences of keeping global warming in line with the Paris Agreement range. This tipping risk increases even if, in the longer term, the global temperature stabilizes back within the Paris range.

“We show that the risk for some tipping events could increase very substantially under certain global warming overshoot scenarios,” explained Nico Wunderling, scientist at PIK and lead-author of the study published in Nature Climate Change. “Even if we would manage to limit global warming to 1.5 degrees after an overshoot of more than two degrees, this would not be enough as the risk of triggering one or more global tipping points would still be more than 50 percent. With more warming in the long-term, the risks increase dramatically.”

In terms of climate science, a tipping point is a critical threshold that, when crossed, leads to large and often irreversible changes in the climate system. For example, an average global warming of 1.5°C is predicted to lead to melting of the Greenland Ice Sheet. This will cause disastrous rises in sea level which will impact human societies worldwide. Tipping points are found across the planet, in ecosystems, ice sheets, and the circulation of the ocean and atmosphere. One of the dangers of reaching tipping point in a system is that this could interact with other sensitive elements, causing a cascade of tipping events, in other systems, with severe impacts.

“To effectively prevent all tipping risks, the global mean temperature increase would need to be limited to no more than one degree – we are currently already at about 1.2 degrees,” said Jonathan Donges, co-lead of the FutureLab on Earth Resilience in the Anthropocene at PIK. “The latest IPCC report is showing that we’re most likely on a path to temporarily overshoot the 1.5°C temperature threshold.”

The PIK scientists, together with researchers from the Earth Commission used different global warming overshoot scenarios with peak temperatures of between two and four degrees, and applied these to a set of four interacting tipping elements: the Greenland Ice Sheet, the West Antarctic Ice Sheet, the Atlantic Meridional Overturning Circulation (AMOC), and the Amazon rainforest.

For the different overshoot scenarios, the research team then analyzed the risk of crossing critical thresholds and the potential for triggering cascading interactions between the four elements, depending on the magnitude and duration of the overshoot.

“Especially the Greenland and the West Antarctic Ice Sheets are at risk of tipping, even for small overshoots, underlining that they are among the most vulnerable tipping elements. While it would take a long time for the ice loss to fully unfold, the temperature levels at which such changes are triggered could already be reached soon,” said Ricarda Winkelmann, Earth Commissioner and co-lead of the FutureLab on Earth Resilience in the Anthropocene.

“Our action in the coming years can thus decide the future trajectory of the ice sheets for centuries or even millennia to come,” she said.

The other two tipping elements considered in the study – the AMOC that could collapse, and the Amazon rainforest dieback – have higher critical temperature thresholds, but will react much faster once the tipping process has started. In the case of these events, damage would arrive fast and recovery would be very slow if temperatures decreased again. It is far more difficult to stop the tipping process of these events, once initiated by a temporary global warming overshoot.

Current mitigation policies and actions are expected to lead to a mean of between 2 and 3.6°C of global warming by the end of this century. “This is not enough. Even though a temporary temperature overshoot would definitely be better than reaching a peak temperature and remaining there, some of the overshoot impacts may lead to irreversible damages in a high climate risk zone and this is why low-temperature overshoots are key here,” explained Jonathan Donges.

The results of this study show that even temporary overshoots in mean global temperatures can increase tipping risks by up to 72 percent, compared with non-overshoot scenarios, even if the temperature in the long-term stabilizes back within the Paris range. The authors state that avoiding high-end climate risks is only possible if the temperature overshoot is kept in the low range. However, even if the mean global warming goes above 2°C for a few decades before being brought back down, this could transform the world’s most important ecosystems.

“Every tenth of a degree counts. We must do what we can to limit global warming as quickly as possible,” said Winkelmann.