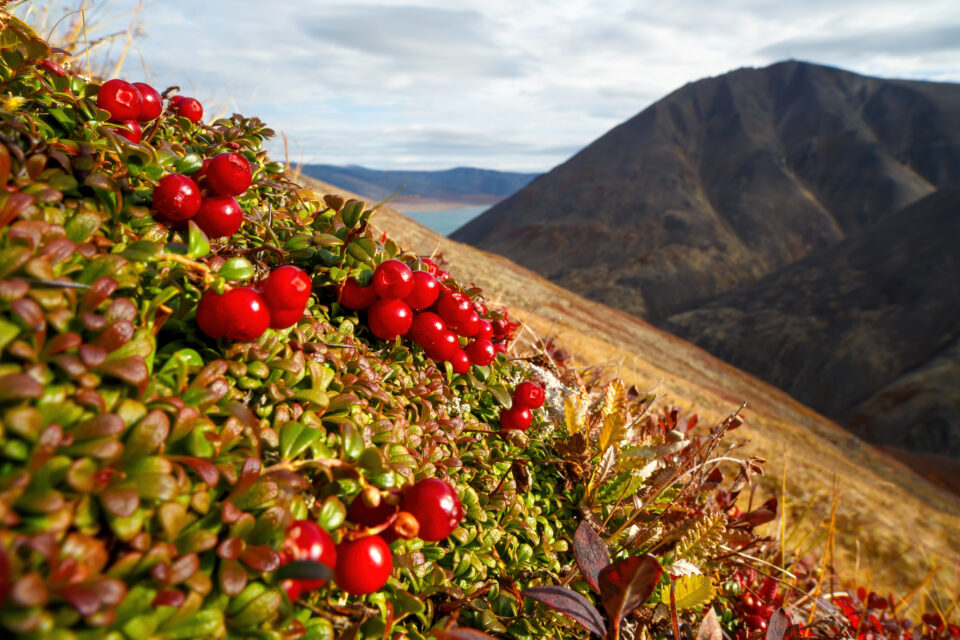 A new study led by the University of Alaska Fairbanks (UAF) has found that thawing Arctic hillsides currently release a large amount of organic carbon that has been locked in frozen ground for thousands of years, but which is now contributing to an already warming climate. A significant and rapid increase of collapsed hillsides feature landslides which gradually expose more permafrost for thawing and release more carbon into the atmosphere.

“Permafrost landscapes are expected to change profoundly over the next decades,” said study co-author Simon Zwieback, an assistant professor of Geosciences at UAF. “Among the many consequences of this is the release of greenhouse gasses such as carbon dioxide, which can exacerbate climate change.”

The scientists focused on a 10,500 square miles in the northern Taymyr peninsula of Siberia and compared satellite images from two time periods (2010 to 2017 and 2018 to 2021) in order to observe elevation changes, as well as the movement of debris and of the slump’s exposed leading edge. In a second step, they incorporated a soil organic carbon map into their analysis to estimate the amount of organic carbon released.

An ice sheet covered the Taymyr region around 130,000 years ago, with subsequent periods of ice retreat and advance covering an increasingly smaller area. The experts estimate that the most recent retreat occurred at the end of the last ice age and lasted until about 12,000 years ago. Such a retreating ice sheet leaves behind substantial quantities of ice covered by sand, clay, rocks, and gravel, especially along its edges, which are known as ice-marginal zones.

By studying two of these zones, the scientists found an increase in the slumps from 82 in the 2010-2017 period to 1,404 in the 2018-2021 period, with most of the increase occurring during the region’s extremely warm 2020. Moreover, the analysis revealed that the annual volume of affected material increased by approximately 43 times from the first to the second period.

“The extreme warmth was compounded by there being a lot of ground ice close to the surface,” Professor Zwieback explained. “This is due to the long-term legacy of past ice ages but also to the fact that so much of this old ice is still there because summers are usually cool and there are no fires. And the ice is not well protected by insulating organic layers because there’s not much life in the harsh climate.”

According to Professor Zwieback and his colleagues, the carbon release from thawing Arctic hillsides must be accounted for to reliably assess the Arctic’s carbon cycle. Further investigations are also needed to quantify how much of it is turned into greenhouse gases such as carbon dioxide. “The big challenge is to quantify and predict where, when and how much carbon dioxide is released,” Professor Zwieback concluded.