The dinosaurs died in the springtime • Earth.com 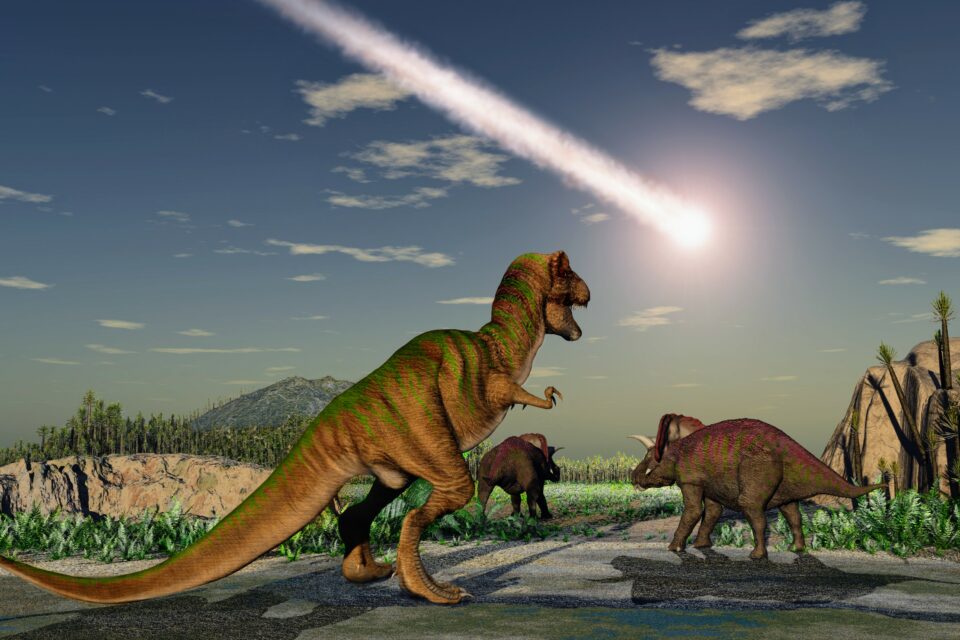 The dinosaurs died in the springtime

New research shows Chicxulub, the meteoroid that smashed into the Yucatán and led to the extinction of the dinosaurs approximately 65 million years ago, hit in the springtime. To reach this conclusion, an international team of paleontologists from the Vrije Universiteit (VU) Amsterdam, Uppsala University, Vrije Universiteit Brussel and the European Synchrotron Radiation Facility studied fish that died after the impact.

X-rays and analysis of carbon isotope records show that the fish died within 60 minutes after the meteoroid hit the Earth. The fish skeletons were immaculately preserved, with their bones showing very little geochemical alterations. Bones hold information about seasonal growth like tree rings do, so the team started by analyzing the bones.

“The retrieved growth rings not only captured the life histories of the fishes but also recorded the latest Cretaceous seasonality and thus the season in which the catastrophic extinction occurred,” said study senior author Jeroen van der Lubbe.

Bone cell size, shape and distribution also vary depending on the season, and these features provided further evidence.

“In all studied fishes, bone cell density and volumes can be traced over multiple years. These were on the rise but had not yet peaked during the year of death,” said Dennis Voeten of Uppsala University.

A paddlefish that was part of the study was also analyzed for evidence of its diet. This fish prefers to feed upon zooplankton, which naturally fluctuate throughout the year depending on the season. The evidence shows that the zooplankton population was rising towards the summer climax when the fish died.

“This temporary increase of ingested zooplankton enriched the skeleton of its predator with the heavier 13C carbon isotope relative to the lighter 12C carbon isotope,” explained Suzan Verdegaal-Warmerdam.

“The carbon isotope signal across the growth record of this unfortunate paddlefish confirms that the feeding season had not yet climaxed – death came in spring,” said study lead author Melanie During.

The scientists hope their study will not only increase our understanding of the dinosaur extinction, but also help to explain why the ancestors of modern birds and mammals survived the extinction event.