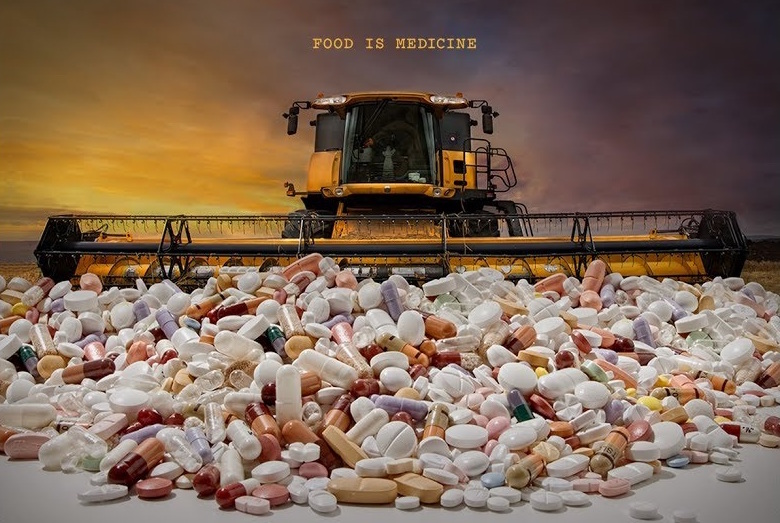 The Magic Pill doc explores benefits of the Ketogenic diet

Producer and celebrity chef Pete Evans, alongside director Rob Tate, explore diet, disease, and what they deem The Magic Pill in their latest Netflix documentary. The film broaches the question on why the diseases killing humans today are generally preventable and not infectious like in the past. The culprit? The Industrial Revolution’s effect on how food is mass produced which led to the abundance of processed foods in contemporary diets. The film delves into this topic by following different families and individuals with “civilization diseases” such as diabetes, cancer, obesity, autism, etc. A team of dieticians begin with assessing the current diets of these families which are unsurprisingly filled with junk and replace them with whole foods to comprise a low carb/high fat diet. The film follows these people for ten weeks to discover just how much of an impact this ketogenic diet can have on their health.

One of the most compelling stories in the film is that of the Native Aboriginals in Australia as they tell us about causes of death seen in their community over time: currently diabetes, previously infectious diseases, and historically of old age. We hear how the community has moved away from their traditional methods of catching and preparing food and replaced them with food brands like Coca Cola. Processed foods have had a rather dramatic impact on the Aboriginals since they lack access to health information, they were unaware of the sugar content in foods and drinks like soda and think it was a good diet choice. A handful of people in the community are selected to do a retreat with Hope For Health and rediscover the traditional Aboriginal diet.

We then meet women and families in America who suffer from a long list of ailments and are on an even longer list of prescription medications to address symptoms from their various conditions. A little girl, Abigail, is introduced who has severe autism and epilepsy. She displays serious symptoms and her parents recount how difficult it has been to improve her condition even with the heavy medications prescribed to their daughter by doctors. Abigail’s story really gets to the core of the film: why is healthcare addressing symptoms and outputs of disease instead of looking at what people are eating and fueling their bodies with?

As we see these families desperate to reverse the decline of their health, healthcare professionals recount the history of how the government promoted a diet high in carbs and low in fats. According to the film, the public during the 1950s was fixated on preventing heart disease and it became a massive issue. Dr. Ancel Keys believed the cause came from eating a diet high in saturated fats and was able to insert his ideas into the American Heart Association. This led to the food pyramid most children learn in school and the massive body of advice that encourages a diet high in whole grains, lean proteins, and very low in fats. However, the only study to support this notion was the Seven Countries Study which related high cholesterol from animal fats to heart disease. Unfortunately for all this health advice, the film debunks the study also done by Keys as tainted by his handpicking of countries and data to support his already formed ideas.

On the other end of the spectrum of dietary advice author and neurologist, Dr. David Perlmutter, explains why the reverse diet is actually the best option and explains the term ketogenic; “There’s no question that the brain can burn glucose, what powers the brain far more efficiently in terms of its energy producing components, called the mitochondria, is fat. Our brains thrive in a fat burning environment, now technically we call this a state of ketosis, to get into a state of ketosis one assumes a ketogenic diet which basically means a diet that is low in carbs and higher in fats. Being in a mild state of ketosis is really the place to be.”

The Ketogenic diet brings hope to the families struggling with health issues as we see it improve wellbeing and symptoms in everyone the film introduces. Cancer is cured, Autistic symptoms subside to reveal vibrant children, weight is lost, medications thrown out, and the list goes on of positive impacts caused by this diet. Ready to give The Magic Pill a try yourself? A wholesome, natural diet, rich in fats and low in carbohydrates is a good place to start.

To learn more, watch The Magic Pill on Netflix.