The Mediterranean Sea is a hotspot for plastic pollution • Earth.com 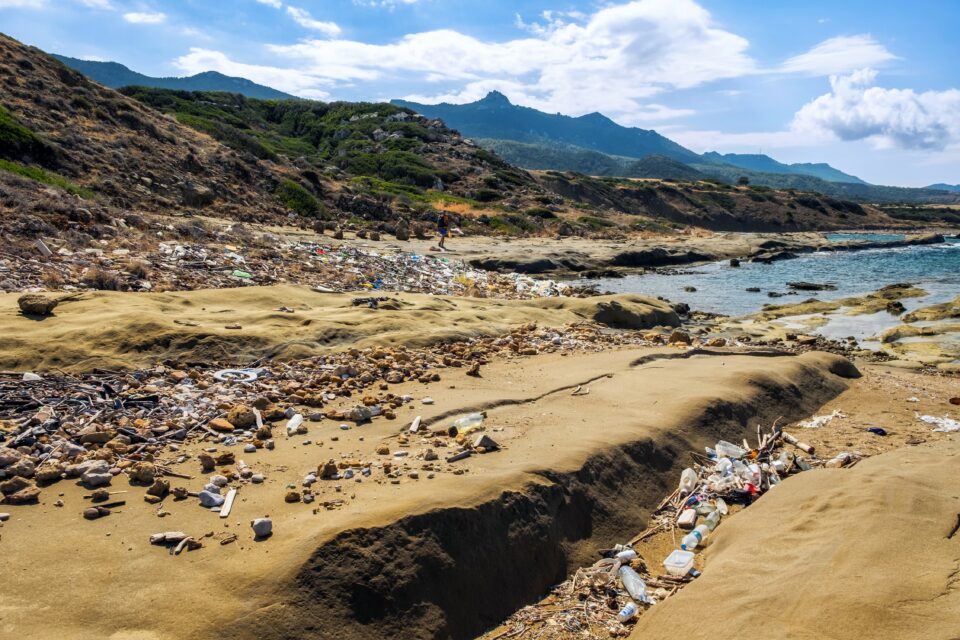 The Mediterranean Sea is a hotspot for plastic pollution

Global plastic production has been increasing steadily since the 1950s, reaching 368 million tons in 2019. A large proportion of this plastic waste ends up in seas and oceans, with scientists estimating that over 250,000 tons of plastic debris are currently polluting the world’s waters. A new study published in the journal Frontiers in Marine Science has found that the Mediterranean Sea is one the largest hotspots for plastic pollution, with over 3,760 metric tons of plastic waste currently floating in it.

By using computer modelling, a research team from the Hellenic Centre for Marine Research in Greece (HCMR) has tracked the pathways of plastic debris in the Mediterranean Sea from 2010 to 2017. They found that the total annual plastics load going into the Mediterranean is about 17,600 tons, from which 84 percent ends up on beaches and the rest remains in the water column or on the sea floor.

This phenomenon is likely due to the Mediterranean’s densely populated coastlines, fishing, shipping, tourism, and a quite limited outflow of surface water to the Atlantic Ocean. According to the scientists, such a high level of micro- and macroplastics pollution significantly affects marine biodiversity, and can also be detrimental to humans, who often ingest microplastics through seafood consumption.

“Simulations of plastic distribution in marine environments are currently characterized by a large degree of uncertainty. Experimental data on several processes that affect the fate of plastics, such as sinking, ingestion by marine organisms and fragmentation into smaller pieces are still quite limited,” explained lead author Dr. Kostas Tsiaras.

“Our model showed a reasonable skill in reproducing the observed distributions of plastics in the marine environment and thus can be used to assess the current status of plastic pollution in the Mediterranean and evaluate the impact of future cleaning actions and management plans.”

This study is a step forward for identifying ecologically or commercially important areas that are currently endangered by plastic pollution. According to Dr. Tsiaras, it is crucial to urgently design and implement “ecosystem-based management plans and policies for the mitigation of plastic pollution, which is often a trans-boundary environmental problem, as floating plastics may travel long distances from their sources.”

“The use of predictive models, like the one presented here, that can connect observed plastic concentrations with their sources, is critical for the designation of successful management plans,” he concluded.