There are gaping divisions in Americans' views on the climate debate • Earth.com 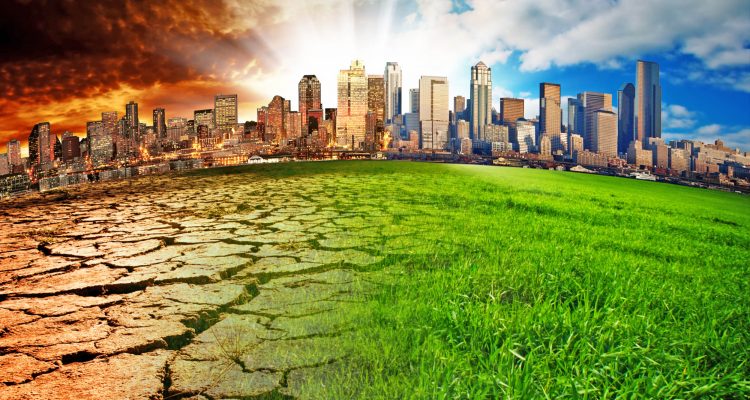 There are gaping divisions in Americans' views on the climate debate

Byadmin
Earth.com staff writer
There are gaping divisions in Americans’ views across every dimension of the climate debate, including causes and cures for climate change and trust in climate scientists and their research, according to a new Pew Research Center survey.

The survey of more than 1,500 U.S. adults finds that the political left and right see climate-related matters through vastly different lenses: liberal Democrats are especially likely to see scientists and their research in a positive light, while conservative Republicans are considerably more skeptical of climate scientists’ information, understanding and research findings on climate issues. The key data:

Overall, liberal Democrats are especially likely to believe that climate change will bring harms to the environment. Among this group, about six-in-ten say climate change will very likely bring more droughts, storms that are more severe, harm to animals and plant life, and damage to shorelines from rising sea levels. By contrast, no more than about two-in-ten conservative Republicans consider any of these potential harms to be “very likely”; about half say each is either “not too” or “not at all” likely to occur.

The differences are also evident in people’s thinking about how effective policy and personal behaviors can address the problems caused by climate change. Liberal Democrats are much more inclined to believe that both policy and individual actions can be effective in addressing climate change. Moderate/liberal Republicans and moderate/conservative Democrats fall in the middle between those on the ideological ends of either party when asked about possible actions to reduce climate change, including:

“Political differences are not the exclusive drivers of people’s views about climate issues. People’s level of concern about the issue also matters,” said Cary Funk, lead author and associate director of research at Pew Research Center. “The 36% of Americans who are more personally concerned about the issue of global climate change, whether they are Republican or Democrat, are much more likely to see climate science as settled, to believe that humans are playing a role in causing the Earth to warm, and to put great faith in climate scientists.”

This analysis also finds that a person’s level of general scientific literacy does not strongly influence opinion on climate issues. The effects of having higher, medium or lower scores on a nine-item index of science knowledge tend to be modest and only sometimes related to people’s views about climate change and climate scientists, especially in comparison with party, ideology and personal concern about the issue.

These are among the findings from the new report, which is based on a nationally representative survey conducted May 10-June 6, 2016, among 1,534 adults, 18 years of age or older, living in all 50 U.S. states and the District of Columbia.

Some 36% of Americans are deeply concerned about climate issues, saying they personally care a great deal about the issue of global climate change. And people’s expressions of care are strongly correlated with their views, separate and apart from their partisan and ideological affiliations.

There is strong bipartisan support for expanding solar and wind energy production.

Pew Research Center is a nonpartisan fact tank that informs the public about the issues, attitudes and trends shaping America and the world. It does not take policy positions. The Center is a subsidiary of The Pew Charitable Trusts, its primary funder. Subscribe to our daily and weekly email newsletters or follow us on our Fact Tank blog.