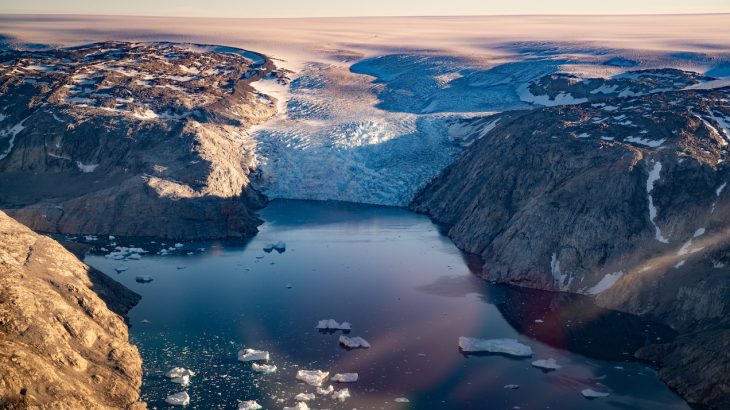 Thick slabs of ice are rapidly replacing thinner ice across the interior of Greenland’s ice sheet as a result of global warming. Because the thicker ice is not porous, it cannot reabsorb meltwater, which is spilling straight into the ocean.

In a new study, experts have discovered that this transformation has the potential to increase Greenland’s contribution to sea level rise by as much as 2.9 inches this century.

“Interestingly, decades ago scientists hypothesized what meltwater in a warming climate could do to Greenland’s snow layers, based on measurements and theory.” said study second author Horst Machguth. “Our results show that their hypotheses were close to what is playing out in Greenland today.”

Mike MacFerrin is a researcher at CIRES and UC Boulder who led the study. He explained that although runoff from ice slabs has added less than a millimeter to global sea levels so far, this contribution will grow substantially as ice slabs continue to expand in a warming climate.

“Even under moderate climate projections, ice slabs could double the size of the runoff zone by 2100,” said MacFerrin. “Under higher emissions scenarios, the runoff zone nearly triples in size.”

In 2000, Greenland’s runoff zone was roughly the size of New Mexico. By 2013, ice slabs had expanded the runoff zone by about 65,000 km2, which is an average increase of two football fields per minute.

In 2012, MacFerrin’s team noticed large sections of solid ice in ice core samples, instead of the thin ice lenses they expected. According to MacFerrin, they had never seen anything like it before.

Since the initial discovery of ice slabs, the researchers have used ground-penetrating radars to map the extent of slabs. The scientists also used NASA Icebridge data and climate models to understand how the slabs have expanded and to predict how they may continue to grow.

The future contribution of the ice slabs to sea-level rise will be determined by the rate of greenhouse gas emissions. “Humans have a choice about which way this goes,” said MacFerrin.