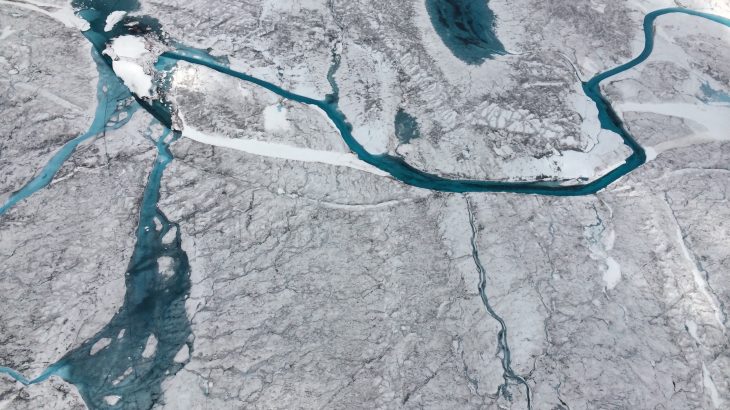 More than 50 new lakes discovered underneath the Greenland Ice Sheet

A new study from Lancaster University has revealed that lakes beneath the Greenland Ice Sheet are much more common than what was previously realized. The researchers discovered 56 new subglacial lakes under the ice sheet, which is the second largest body of ice in the world.

The Greenland Ice Sheet covers an area that is about seven times the size of the UK. The ice, which plays a critical role in rising global sea levels, is more than three kilometers thick in some areas.

The new lakes will help scientists gain a better understanding of where water occurs and how it drains under the ice sheet. This activity influences how the ice sheet will likely respond to global warming.

“Researchers have a good understanding of Antarctic subglacial lakes, which can fill and drain and cause overlying ice to flow quicker. However, until now little was known about subglacial lake distribution and behavior beneath the Greenland Ice Sheet,” explained study lead author Jade Bowling.

“This study has for the first time allowed us to start to build up a picture of where lakes form under the Greenland Ice Sheet. This is important for determining their influence on the wider subglacial hydrological system and ice-flow dynamics, and improving our understanding of the ice sheet’s basal thermal state.”

The majority of the new lakes were found beneath relatively slow moving ice away from the largely frozen interior bed of the ice sheet. While the lakes seem to be stable, rising temperatures may cause them to become active.

“The lakes we have identified tend to cluster in eastern Greenland where the bed is rough and can therefore readily trap and store meltwater and in northern Greenland, where we suggest the lakes indicate a patchwork of frozen and thawed bed conditions,” said Dr. Stephen J. Livingstone of the University of Sheffield.

“These lakes could provide important targets for direct exploration to look for evidence of extreme life and to sample the sediments deposited in the lake that preserve a record of environmental change.”