Spending more time in nature as a kid can lead to better mental health • Earth.com 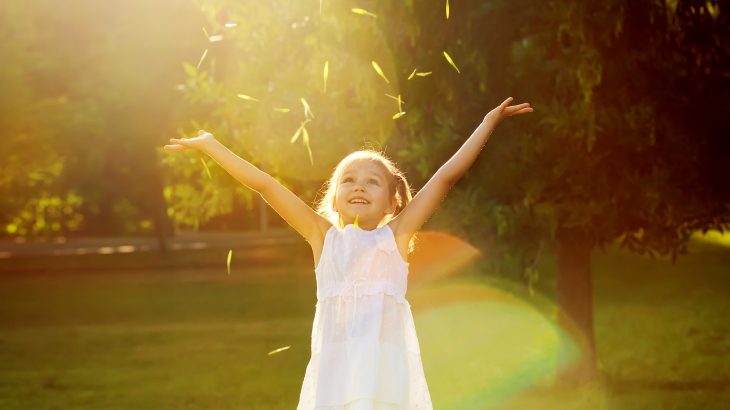 Growing up with access to sprawling fields, parks, lakes, and forests could lead to better mental health as an adult and an appreciation for green spaces, according to new research.

Many studies have shown that spending time outdoors in nature has many physical and mental health benefits, but researchers from the Barcelona Institute for Global Health (ISGlobal) wanted to examine how these benefits are influenced by time spent in natural spaces during childhood.

The researchers were also looking to expand their assessment to include both green and blue spaces like ponds, rivers, and lakes, areas that other similar studies often overlook.

Data from the PHENOTYPE project, which included information on nearly 3,600 adults from Spain, the Netherlands, Lithuania, and the United Kingdom, were analyzed for the recent study.

Participants in the PHENOTYPE project were given questionnaires on how often they spent time in natural spaces during childhood and how many purposeful visits and non-purposeful visits to nature they remembered.

The researchers also reviewed surveys on the current use of and satisfaction with natural spaces.

Mental health was assessed with psychological tests, and the researchers compared participant data to satellite images to see how much residential greenspace participants were in current contact with.

The results of the analysis, published in the International Journal of Environment Research and Public Health, showed that the participants who reported spending more time outdoors in natural spaces scored higher on the mental health tests and had a greater affinity for green and blue spaces as adults.

The participants who spent less time in nature during childhood placed less importance and value on green or blue spaces.

The results of the study highlight the vital role natural spaces plays in mental health and well-being. As people spend more time indoors, not only are we limiting exposure to green spaces, but they lose value and importance among communities who have little access to natural areas.

“Therefore, it is important to recognize the implications of growing up in environments with limited opportunities for exposure to nature,” said Wilma Zijlema, ISGlobal researcher and the study coordinator