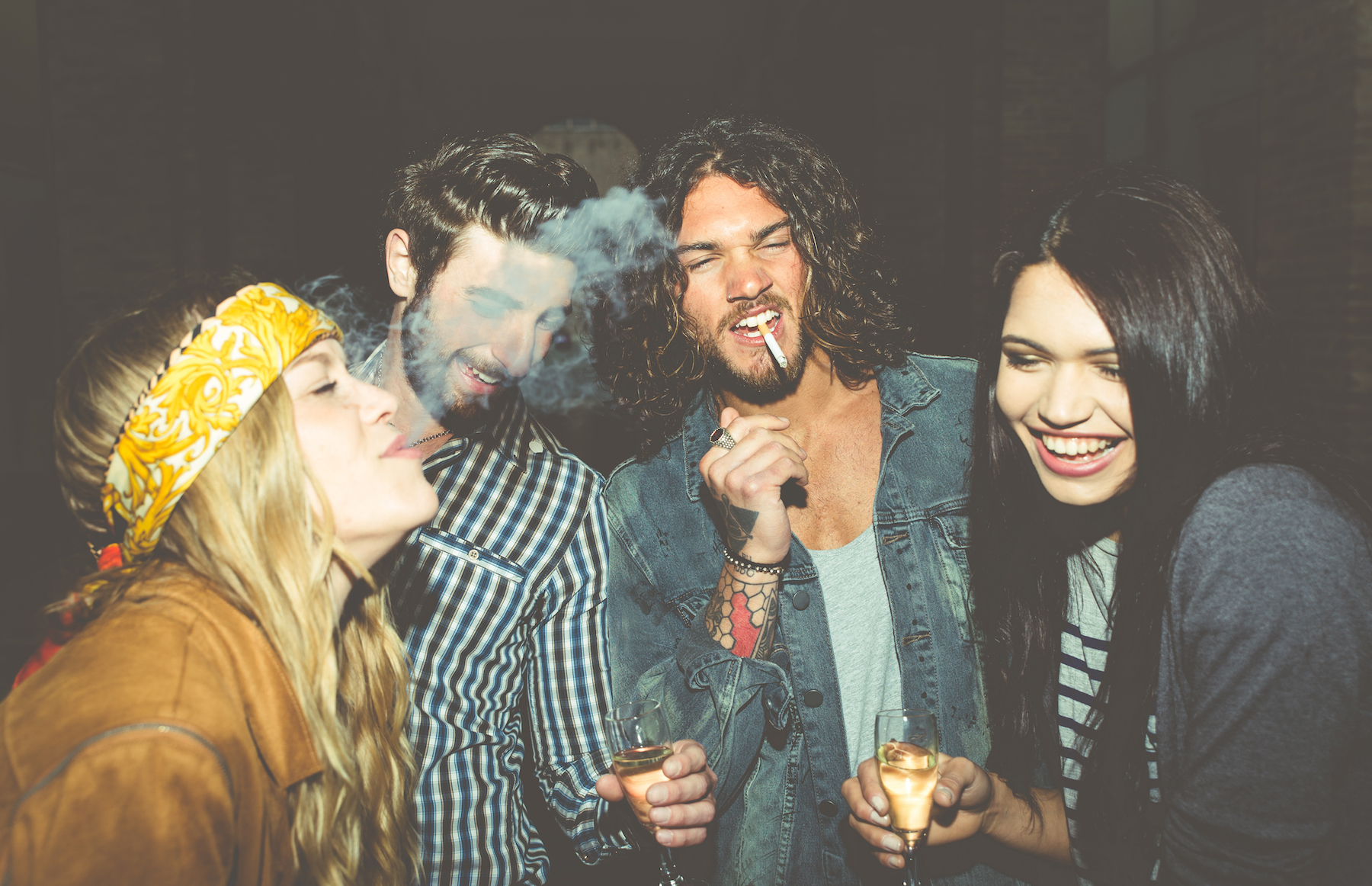 As the United States grapples with an increasingly devastating opioid epidemic, we’ve seen more and more accounts of how damaging these hard drugs can be.

But a new review examining the most up-to-date statistics on substance abuse found that alcohol and tobacco actually pose the biggest threat to human welfare out of all addictive drugs.

The study focused on the burden of death and disease with drug use and in 2015 alone, both alcohol and tobacco use cost the world more than a billion disability-life adjusted years.

The review, which was published in the journal Addiction, shows that tobacco and alcohol use bear the brunt of deaths and illness attributed to drugs around the world.

Tobacco smoking had the largest health burden while illicit drugs had the smallest.

The researchers estimate that almost one in seven adults smoke tobacco and one in five adults reported at least one instance of heavy alcohol consumption in the past month.

In central, eastern, and western Europe, both alcohol consumption and tobacco use were consistently higher compared to other parts of the world.

In central Europe, for example, the researchers found that people consume 11.61 liters of alcohol per capita and 23.7 percent of the population reported tobacco use. There was also a higher percentage of heavy drinkers in those parts of Europe as well.

With regard to illicit drugs, the researchers found that drug use was less common, but the United States, Canada, Australia, and New Zealand had the highest rates of cannabis, opioid, and cocaine dependence.

Even with high numbers reported in Australia, the US, and Canada, the researchers found that less that one in twenty people reported using cannabis in the last year, and those numbers were smaller for opioids or cocaine.

The researchers were not able to get an accurate estimate of drug, alcohol or tobacco use in regions like Latin America or Africa because of the lack of data on drug use and health burdens.

The study, despite its limitations, emphasizes the risks of alcohol and tobacco use which present the biggest threat to health and wellbeing worldwide.

According to the researchers, having all of this data in one place could help governments and international agencies create more effective policies aimed at combating substance abuse