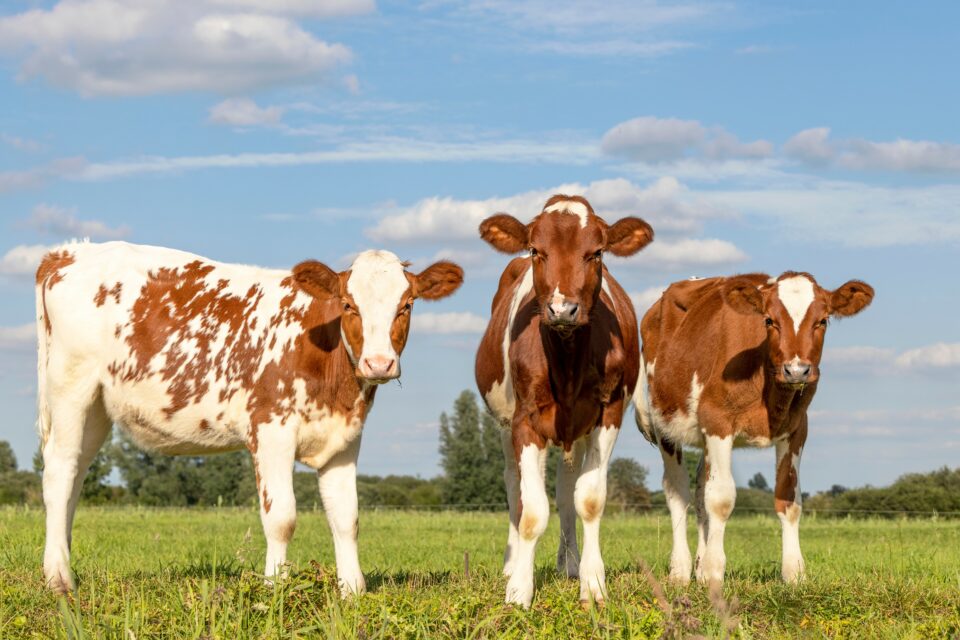 Farming cows has its disadvantages, particularly when it comes to disposing of the waste they produce. If cows range freely in the fields, their waste soon accumulates and contaminates soil and nearby waterways. If cows are kept in a barn instead, then the combination of their urine and feces produces ammonia, which is an undesirable gas.

Ammonia from cow waste is not a greenhouse gas, nor does it contribute directly to climate change. But when it leaches into the soil it is converted into nitrous oxide by microbes that reside in the soil. Nitrous oxide is the third most important greenhouse gas. Livestock farming is a major source of ammonia and, by implication, an indirect source of nitrous oxide.

In an article published in the journal Current Biology, a team of scientists attempted to teach calves to control their natural urination and defecation impulses and make use of a latrine. They reasoned that if excreta could be collected in a specific place (the latrine) then this would facilitate easy handling, treatment and disposal, which would lead to cleaner barns, reduction in ammonia emissions and the creation of more open, animal-friendly farms.

“It’s usually assumed that cattle are not capable of controlling defecation or urination,” said co-author Jan Langbein, an animal psychologist at the Research Institute for Farm Animal Biology (FBN) in Germany. “Cattle, like many other animals or farm animals are quite clever and they can learn a lot. Why shouldn’t they be able to learn how to use a toilet?”

The research team, consisting of scientists from FBN, FLI (Germany) and the University of Auckland (New Zealand) used both positive and negative reinforcement when attempting to potty-train16 calves. They termed the process MooLoo training.

Initially, the calves were kept in the latrine area and rewarded each time they urinated. When the calves had learned to associate urination in the latrine with a reward, the researchers allowed the calves to enter the latrine of their own volition whenever they needed to urinate. Once again, calves that behaved appropriately were rewarded. In addition, those individuals urinating outside the latrine were exposed to an unpleasant and discouraging experience.

“As a punishment we first used in-ear headphones and we played a very nasty sound whenever they urinated outside,” said Langbein. “We thought this would punish the animals – not too aversively – but they didn’t care. Ultimately, a splash of water worked well as a gentle deterrent.”

After a few weeks, 11 of the 16 calves had successfully learned to use a latrine. This is a complex process for calves and involves self-control, an awareness of a full bladder, the ability to override natural excretory reflexes, the selection of a latrine and, lastly, the conscious relaxation of the sphincter muscles to allow urination. The researchers were impressed that the calves showed a level of learning comparable to that of children during potty-training

Now that they have had success in training calves to use a latrine, the researchers want to test their training system on real cattle farms, both those that use indoor housing and those where cows are kept outside. Langbein says he hopes that in a few years, all cows will go to a toilet.