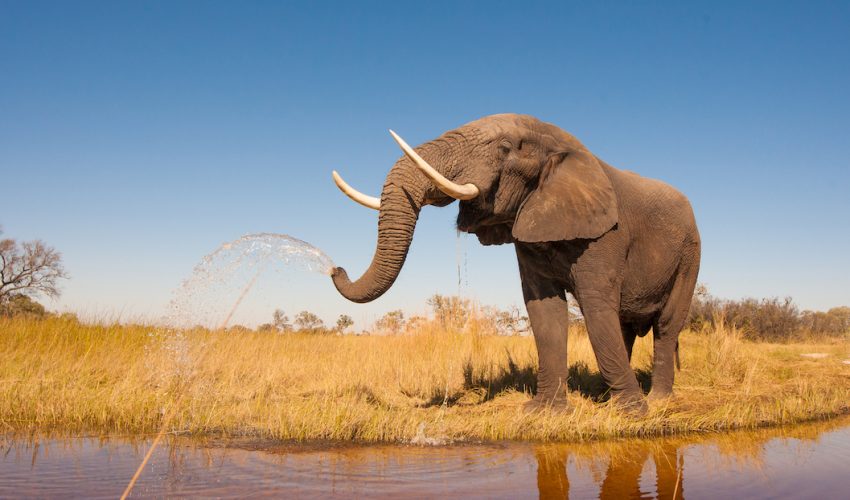 Saturday, August 12th was World Elephant Day, but most people can’t help but be captivated by elephants all year long. Elephants possess a mystical status in some religions, and since they’ve become endangered, many worldwide conservation efforts are now underway to help better ensure the survival of the species. They may be the world’s largest land mammal, but elephant behaviors and family structure are actually very similar to humans. Elephants are also highly sensitive, social, and extremely intelligent. Now, thanks to a new project meant to help raise awareness, you can actually speak elephant.

The project, Hello in Elephant, allows users to translate phrases into elephant and send them to friends and family via social media. Elephant language has been studied for so long that experts have found patterns and similarities that follow basic human language markers like greetings, shows of affection and acknowledgment, and warnings about nearby danger or distress.

“Elephants are so like us and they have so many of the same kind of behaviors and characteristics as humans do, even down to their language which you can translate,” said Robert Brandford, the Executive Director of the David Sheldrick Wildlife Trust that developed the project and tool.

The program works by translating phrases into genuine recorded elephant calls in Kenya. The tool also shows a short accompanying video of an animated elephant mimicking the gestures that an elephant would do while making certain calls, lifting the trunk while saying “hello” for example.

The elephant’s threatened status has much to do with poachers who hunt elephants for their tusks and big game hunters. Hello in Elephant accepts donations to help combat these dangerous practices and protect elephant sanctuaries and habitats.