The top 10 rainforests you have to see • Earth.com 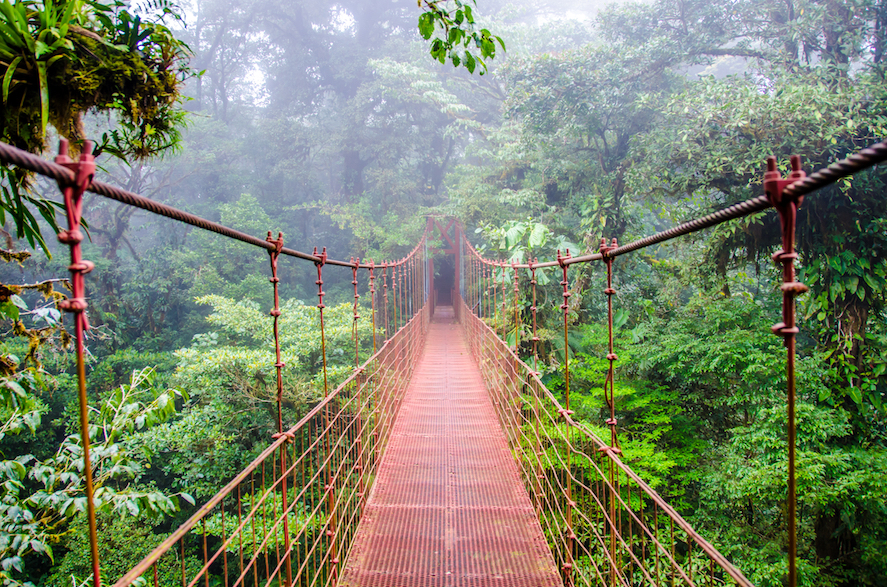 The top 10 rainforests you have to see

As climate change continues to impact ecosystems around the world, remote rainforests continue to host much of the planet’s most rare fauna and flora. In an effort to help battle deforestation of these unique treasures, Earth.com brings you the top 10 rainforests you have to see!

Lush tropical forests collide with epic volcanic scenery. The first national park to be established in Africa, Volcanoes National Park was set up to protect the rare and endangered mountain gorillas.

Designated a World Biosphere Reserve and a World Heritage Site by UNESCO,  this virgin rainforest is home to many endemic species, as well as elephants, leopards, and many types of monkeys.

Extending along the west coast of South America  from Chile to Argentina, the Valdivian Rainforest is lush with bamboo and  ferns as well as evergreen flowering trees. It is also host to a number of hot springs.

Exotic birds like the quetzal, the bare-necked umbrellabird, the three-wattled bellbird, and the keel-billed toucan can be found here, but the Monteverde forest is also home to 400 different types of orchid.

With 1500 different types of birds, the cloud forest is the fourth most avian diversified forest in the world. The best time to visit is between June and December, during the dry season.

Spreading across 17 million acres, it is the biggest national forest in the USA and home to many rare and endangered animals and plants.

One of the world’s last virgin rainforests, Sapo is so oppressively hot and humid that it’s common to get disoriented.  Not only is malaria a threat, the forest vegetation also carries cholera, and the tree sap can carry flesh-eating micro-organisms. But the rainforest is one the most visually stunning places on earth.

The world’s largest rainforest and river basin spans the territories of nine nations, including Brazil, Ecuador, Colombia, Peru, Venezuela, and Bolivia. Deforestation and river degradation are especially detrimental as the forest provides 20% of the world’s oxygen.

Located in Far North Queensland, Daintree is the oldest rainforest on earth with trees as old as 2,500 years old. Home to the largest range of animals on earth, it’s  one of the few places you can step out of a tropical rainforest onto a beautiful white sandy beach and then wade  into a coral reef.