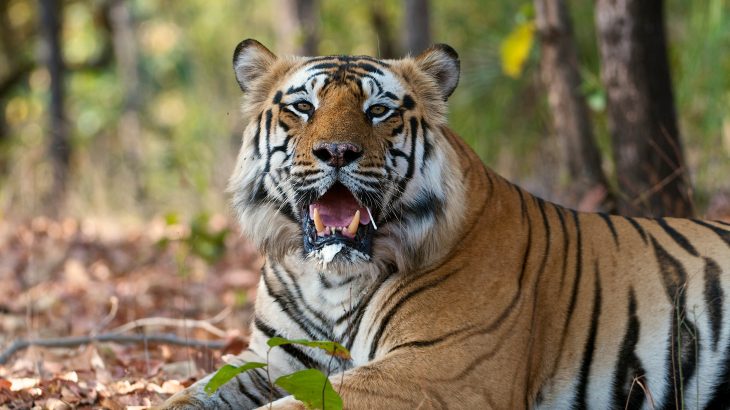 Habitat loss will have the most immediate impact on the animals at the top of the food chain, according to new research from Linköping University. The scientists used computer simulations to predict the effect of habitat loss on various ecosystems and found that the top predators will be wiped out first.

Humans are transforming natural landscapes for agriculture, development, and industry at an unsustainable rate. These land use changes pose major threats to animals through habitat loss. Climate change adds even more pressure, as habitats that were historically suitable for certain species are now becoming uninhabitable.

“We can reach two important conclusions from our study. The first is that initiatives to preserve biological diversity must preserve habitat and not only focus on a particular species. It is very important to consider the interactions between the ecosystem’s species by looking at the food web – which animals and plants are eaten by which other animals. The second conclusion is that the order in which habitats disappear has a profound significance,” explained study co-author Anna Eklöf.

The researchers used computer simulations to study ecological networks, which represent how the various species in an ecosystem interact with each other. The model was designed to distinguish between suitable and unsuitable habitats.

Within the suitable habitat patches, plant and animal species are connected to each other in a food web. The survival of any given animal depends on the availability of their prey in the same vicinity.

Habitats are often fragmented by barriers such as busy roads with heavy traffic that do not allow the animals to move freely. The more difficult that dispersal becomes across a habitat, the more likely it is that a species will vanish from the ecological network, which threatens the survival of other species.

The Linköping researchers used their model to analyze a large number of simulated networks involving hundreds of species. To investigate how ecosystems are affected by habitat loss, they ranked the habitat patches in order of how important they are for species at the bottom of the food chain.

Next, the team simulated three different scenarios to represent how habitat loss can occur, with either the least important habitat patches lost first, the most important patches lost first, or with the patches removed in a random order. When humans construct roads or buildings without considering how valuable the region is for different species, the habitat loss usually occurs in a random order.

“In our model, the species at the upper levels of the food chain die out first when habitat patches are lost. What surprised us was that the damage to the ecosystem was almost the same when patches were lost in a random order as when the most valuable patches were lost first,” said study co-author György Barabás.

According to the researchers, the significance of various habitats patches must be given more consideration if humans want to protect ecosystems and prevent species from becoming extinct, especially those at the top of the food chain. They noted that the impacts of habitat loss could be minimized by simply strengthening connections between patches.