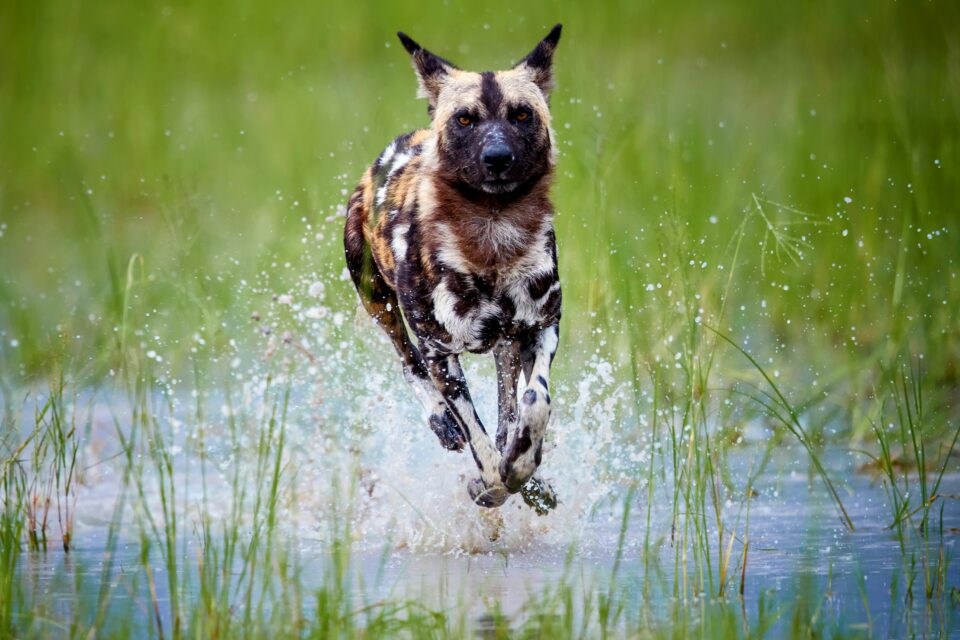 As climate change advances, many animal species are shifting the timing of major life events, such as reproduction. For instance, with earlier spring thaws, many types of flowers bloom earlier. However, it is not yet clear whether such significant changes in life history will ultimately help various species adapt and survive, or lead to larger problems instead.

A team of researchers led by the University of Washington (UW) has investigated for the first time the effect of life history changes driven by climate change on a species of large carnivore – the African wild dog (Lycaon pictus), a species distantly related to wolves which raise their young cooperatively in packs.

By analyzing field observations and demographic data from 1989 to 2020 on African wild dog populations, the scientists found that, over a three-decade period, the animals shifted their average birthing dates later by 22 days – an adaptation which allows them to match the birth of new offspring with the coolest temperatures in early winter.

“Although most animal species are advancing their life history events earlier in the year with climate change, this finding represents a rare instance of a species delaying its life history, and at a rate twice as high as the average rate of change observed across animal species”, said Jeremy Cohen, a macroecologist at Yale University, who was not involved in the study.

However, this significant shift leads to fewer pups surviving their most vulnerable, post-birth “denning period,” due to rapid temperature increases. Thus, this species – which is already threatened by habitat loss, disease, and conflicts with humans – seems to be caught in a “phenological trap,” in which changes in the timing of major life events ultimately proves maladaptive due to unprecedented environmental conditions such as climate change.

“Large predators play extraordinarily important roles in ecosystems, but we still have a lot to learn about the implications of climate change for these animals,” said study lead author Briana Abrahms, an assistant professor of Biology at UW. “Big climate-driven shifts like the one we found may be more widespread in top predators than originally thought, so we hope our findings will spur new climate-change research on other predator populations around the planet.”