Total human impact on Antarctica has been measured for the first time • Earth.com 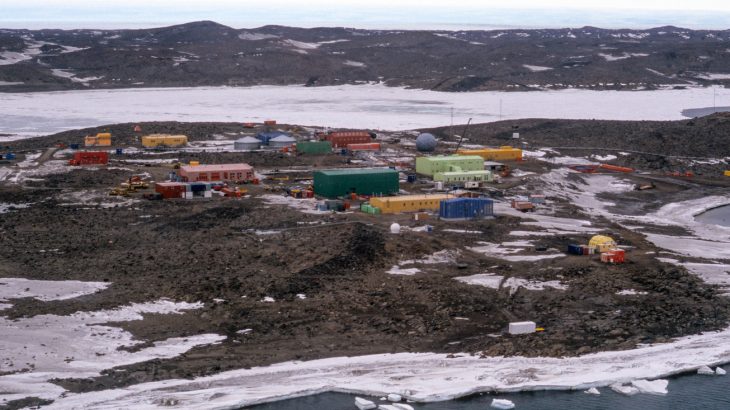 Carbon footprints measure the total emissions that individuals release through their day to day activities such as driving to work, but the total human footprint examines the impacts of all human activities on an area including the strain put on natural resources.

For the first time, researchers from the University of Tasmania Institute for Marine and Antarctic Studies measured the total footprint of human activities on the pristine frozen landscape that is Antarctica.

Dozens of research stations have been built on Antarctica since the passing of the Antarctic Treaty, which was signed by 53 countries in 1959, and the McMurdo Station is the largest Antarctic station with around 85 buildings.

The Antarctic has also become a tourist destination for extreme adventurers who want an experience like no other and thousands can flock to Antarctica in any given summer season.

For this study, published in the journal Nature Sustainability, the researchers wanted to measure the total human impact on Antarctica to better inform conservation and environmental management for the remote continent.

“Although the 53 countries that have signed the Antarctic Treaty agreed to protect the Antarctic environment, until now there has been only limited data on the spatial extent of human activity on the continent,” said Shaun Brooks, the lead author of the study. “Our research shows that human impacts are the greatest on land that is also the most environmentally sensitive – ice-free areas within a few kilometres of the coast.”

According to Brooks, the ice-free areas where human activity is at its peak is also home to some of the region’s key wildlife and vegetation like the Adelie penguins.

Research and tourism are only expected to increase in Antarctica which will continue to put a strain on the vulnerable ice-free areas, and Brooks hopes that the study will make conservation a priority.

“The data we have collected can be used to inform decision-making on Antarctic conservation and environmental management, as well as to track future impacts and changes,” said Brooks.

“Hopefully our research can help to inform a sustainable balance between these competing imperatives.”