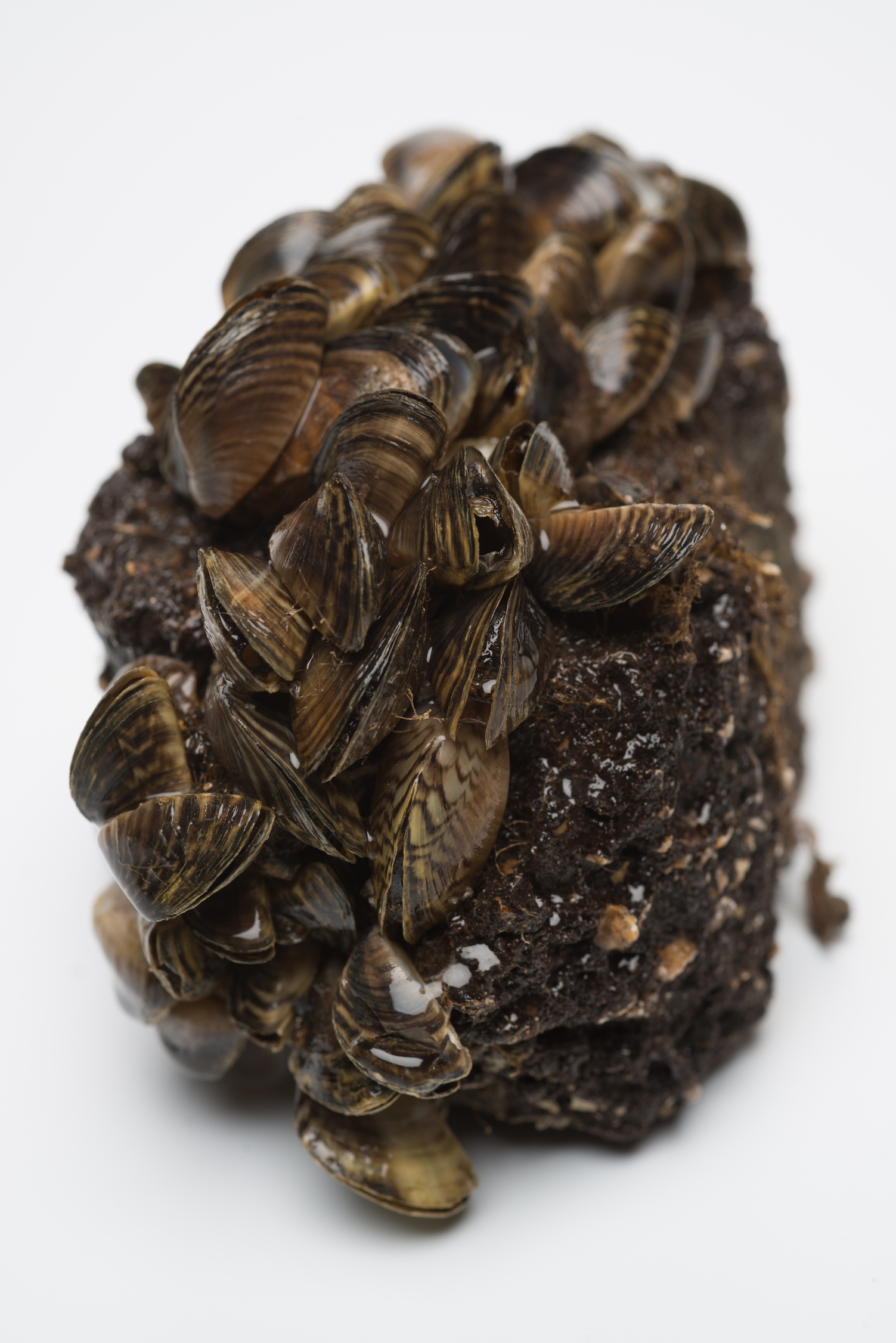 Zebra mussels have been a problematic invasive species in North America for over three decades. Since they were introduced to the continent in 1986, this species has invaded countless rivers – including the Mississippi, Hudson, Ohio, and St. Lawrence. As they’ve flourished in these large rivers, zebra mussels have continued to spread far and wide.

The presence of these mussels wreaks havoc on native ecosystems by disrupting the natural cycle of nutrients and outcompeting native bivalve species. They also eat algae normally consumed by native fish populations, and are not safe for human consumption because they absorb pollutants and toxins while filtering. With the massive costs it requires to remove the invasive species, it is estimated that zebra mussels cause $1 billion in damages and control costs every year.

Understanding how these mussels spread could be key to figuring out a more cost-effective way to curb their growth. In a paper published in the SIAM Journal on Applied Mathematics, researchers present a continuous-discrete hybrid population model that covers the invasive dynamics of zebra mussels in North American rivers.

“We wanted to develop and apply a mathematical model to understand the interaction between population growth and dispersal, environmental conditions, and river flow in determining upstream invasion success of zebra mussels,” says Qihua Huang. Fellow researcher Mark Lewis explains, “Rivers are key natural resources, and once zebra mussels invade the consequences can be disastrous. Not only are the rivers themselves affected, they can spread the zebra mussels to new downstream locations.”

The survival of zebra mussels in North American rivers is dependent on water temperature, flow rates, salinity, turbidity, and pH levels. However, the most significant factor is unidirectional water flow, which moves river sediment, whisks mussel larvae downstream, and prevents them from attaching to the river bottom. “The dynamics of unidirectional water flow found in rivers can play an important role in determining invasion success,” explains Huang.

“We determined conditions for persistence of zebra mussels in rivers as a function of temperature and flow rate,” says Huang. “The population persists in a river only when the flow velocity is low and the water temperature is moderate. We found that the population cannot persist in a river if it is unable to spread upstream.”

The researchers believe that this new model could also be applied to other environmental factors that determine the success of these invasive populations. Furthermore, additional invasive species could be monitored with this model, allowing scientists around the world to better understand the dynamics of invasive populations.