Tracking study on wild pigs reveals when they move and why • Earth.com 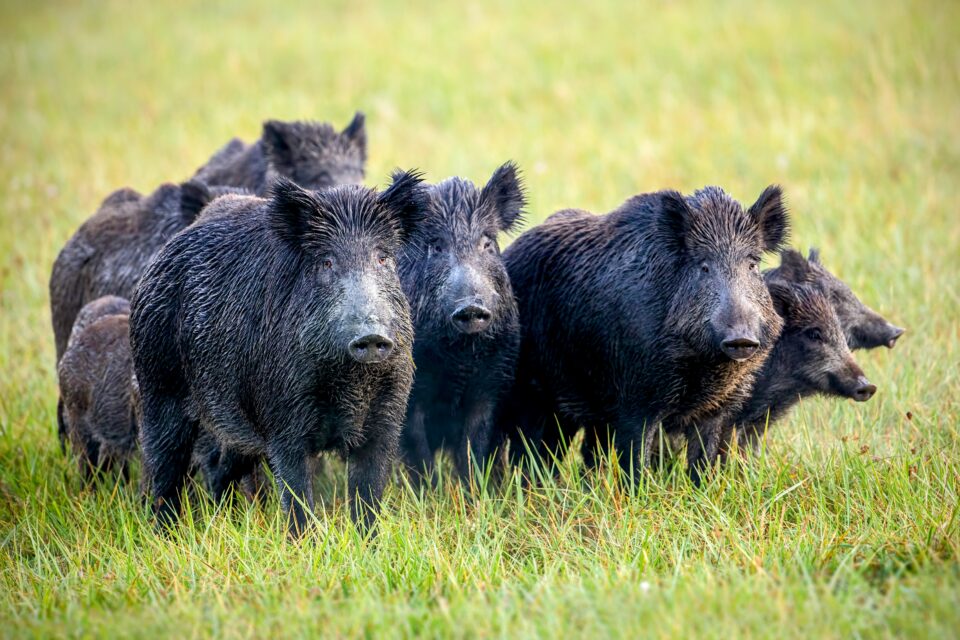 Tracking study on wild pigs reveals when they move and why

Wild pigs are often considered to be sweet and intelligent animals, but the unfortunate reality is they contribute to $1.5 billion of property and crop damage in the U.S. each year. It is becoming increasingly difficult to quantify the pig population and their movements due to the massive population of around 9 million animals in the U.S, and therefore mitigation efforts are complicated.

New research from the University of Georgia is aiming to help resolve this issue by tracking wild pigs across the 310-square-mile area of the Savannah River Site in South Carolina. The tracking aims to provide insights into how pigs move and choose habitats, with most areas being chosen due to habitat preferences and air temperature.

“The idea was to provide knowledge of wild pig movements at a temporal scale, at which most management practices and decisions occur,” said study first author Lindsay Clontz. “The variables we incorporated were intended to be universal (i.e., habitat quality, weather, landscape characteristics), making it practical for landowners and managers to make informed management decisions on a week-by-week basis.”

The research team temporarily captured 49 wild pigs through baited traps in order to fit radio collars to track their movements over a year, and the resulting data confirmed that pigs generally choose bottomland hardwood swamps as their habitat. This is due to the availability of forage and water, allowing the pigs to regulate their body temperature within the hot climate.

The experts also discovered that female pigs stay closer to their desired habitats than males on average. “In most mammals, females are more tied to resources than males,” said Beasley. “Males often move around more throughout the landscape to gain access to females – especially pigs, which can breed year-round.”

Furthermore, the study revealed that reductions in air pressure resulted in less pig movement. “You’ve probably heard people talk about pets or animals responding before a storm,” said Beasley. “That’s exactly what we see with pigs: When these bad weather events hit, pigs tend to concentrate their movements, probably in areas of cover to stay out of the elements. That has a direct application in how we implement trapping or other control programs and deciding where and when to concentrate efforts.”

While the core aim of this study was to reduce crop and property damage, the researchers are hoping that it could have more important applications in the future. An example of this would be to track the movements of pigs to mitigate the spreading of diseases such as African Swine Flu, a situation that can pose a huge threat to the meat industry.

“From the domestic standpoint, anytime there’s a detection of an outbreak like that, they often have to go in and slaughter millions of pigs and dispose of them and shut down exports,” Beasley said. “So it’s a major economic and ecological issue.”

The research is published in the journal Pest Management Science.