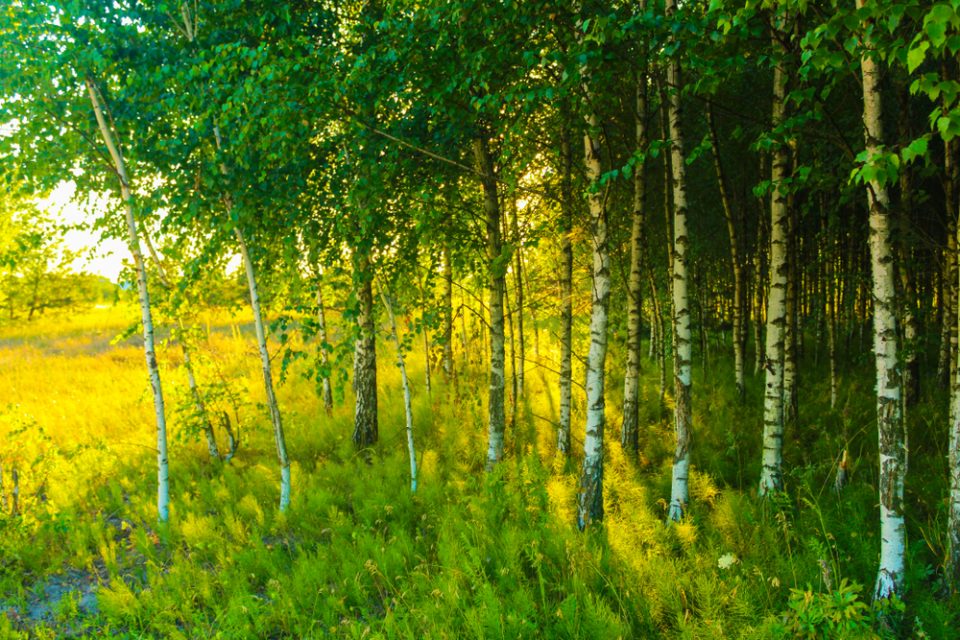 Planet Earth is noticeably greener than it was two decades ago, thanks to massive tree planting programs in China and India.

While the two countries often find themselves listed among the world’s worst polluters, they’re also taking major steps to counteract those labels. NASA has discovered that tree planting programs around the world – led by India and China – are helping to add about 5 percent more greenery year over year since the 2000s. That’s totaled out to about 2 million square miles, more than the Amazon rainforest.

India and China “account for one-third of the greening, but contain only 9 percent of the planet’s land area covered in vegetation,” lead researcher Dr. Chi Chen of Boston University told the Daily Mail.

In China, about 42 percent of the new green space comes from forests, and another 32 percent from farmland, researchers found.

The re-greening was first spotted by NASA’s MODIS tool in the 1990s. MODIS orbits the Earth on two satellites, taking high-resolution photographs of the planet’s surface.

The downside: All that extra greenery in Asia isn’t nearly enough to offset deforestation. At least, not alone. 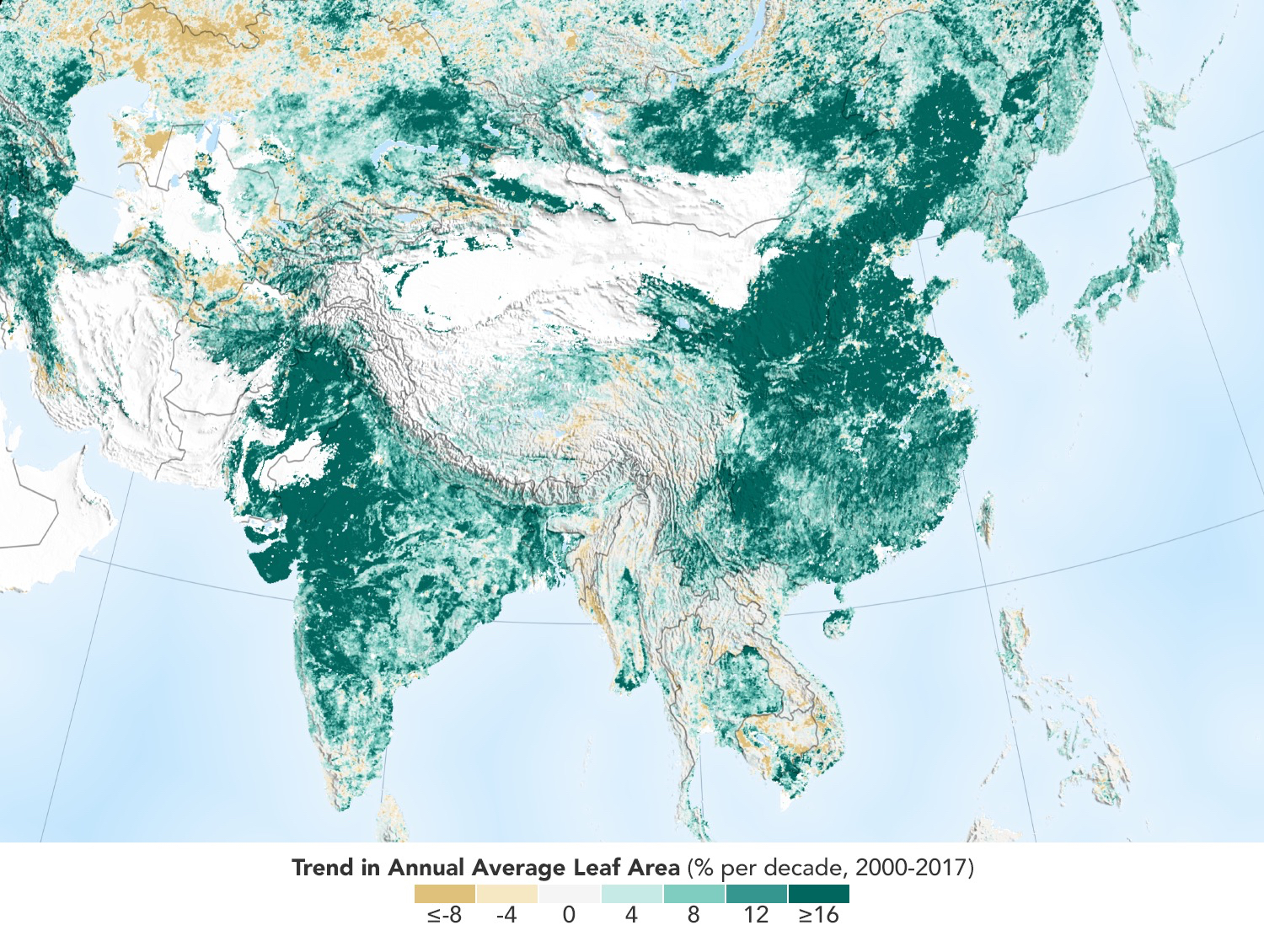 But the new findings are encouraging scientists to take another look at tree planting programs and other ways humans can re-green the environment.

“When the greening of the Earth was first observed, we thought it was due to a warmer, wetter climate and fertilisation from the added carbon dioxide in the atmosphere, leading to more leaf growth in northern forests, for instance,” NASA research scientist and study co-author Rama Nemani told the Mail. “Now, with the MODIS data that lets us understand the phenomenon at really small scales, we see that humans are also contributing.”

Programs all over the world are encouraging people to plant more trees, but in China and India, tree planting programs have ranged from government-backed initiatives to projects launched by citizens. Another recent study found that planting a trillion trees around the world could massively offset carbon emissions.

The study has been published in the journal Nature Sustainability.