Trees are bulking up from increased carbon emissions • Earth.com 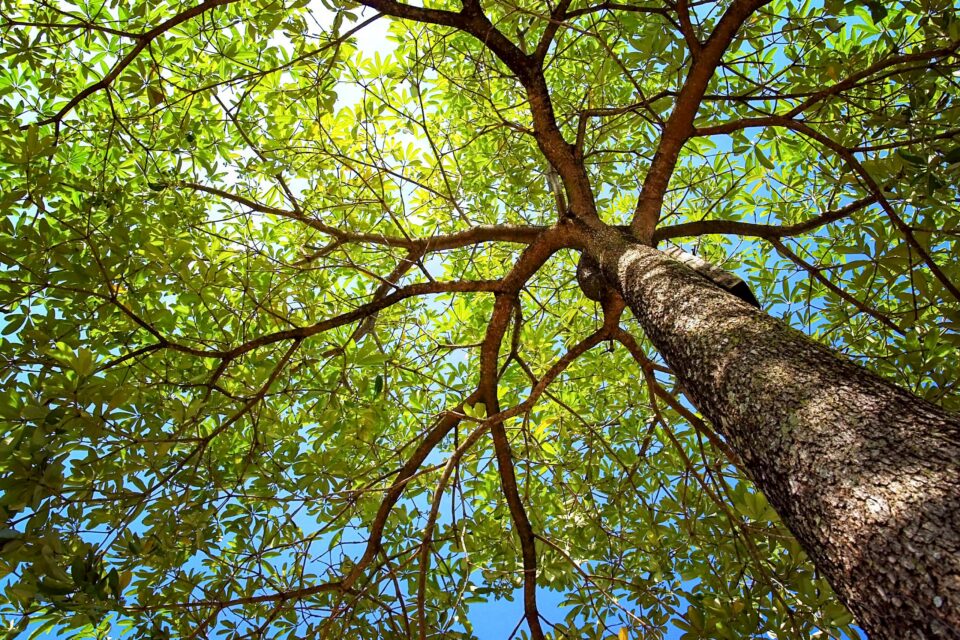 Researchers at Ohio State University have found evidence that trees are bulking up due to increased carbon in our atmosphere.

“Forests are taking carbon out of the atmosphere at a rate of about 13 percent of our gross emissions,” said Brent Sohngen, co-author of the study. “While we’re putting billions of tonnes of carbon dioxide into the atmosphere, we’re actually taking much of it out just by letting our forests grow.”

While the ecosystem, as a whole, may be suffering due to human carbon emissions, trees are one of the exceptions. They are using carbon to increase their rate of photosynthesis, allowing them to grow larger. The phenomenon is known as carbon fertilization.

“It’s well known that when you put a ton of carbon dioxide in the atmosphere, it doesn’t stay up there forever,” Sohngen said. “A massive amount of it falls into the oceans, while the rest of it is taken up by trees and wetlands and those kinds of areas.”

The scientists used data from the U.S. Forest Service Forest Inventory and Analysis Program (USFS-FIA) to determine that vegetation is 20 to 30 percent larger than it was 30 years ago. Moreover, they also noticed that older trees continue to gain mass later in life.

While the researchers believed that planted trees, which are more carefully cultivated, would be more greatly influenced by the carbon influx, they found that the benefit was the same for planted and naturally growing trees. Also, since carbon dioxide mixes evenly in the air, vegetation all over the world should be benefiting from this carbon influx.

The researchers hope that the findings of this study will encourage policymakers to step up their utilization of trees as climate change mitigation since they are already active as carbon sinks and will more than likely become more efficient and cheaper to grow. For example, it may cost $50 to plant an acre of trees now, but carbon fertilization could bring the cost to $40 per acre in the future.

“Carbon fertilization certainly makes it cheaper to plant trees, avoid deforestation, or do other activities related to trying to enhance the carbon sink in forests,” said Sohngen. “We should be planting more trees and preserving older ones, because at the end of the day they’re probably our best bet for mitigating climate change.”

The study is published in the Journal Nature Communications.