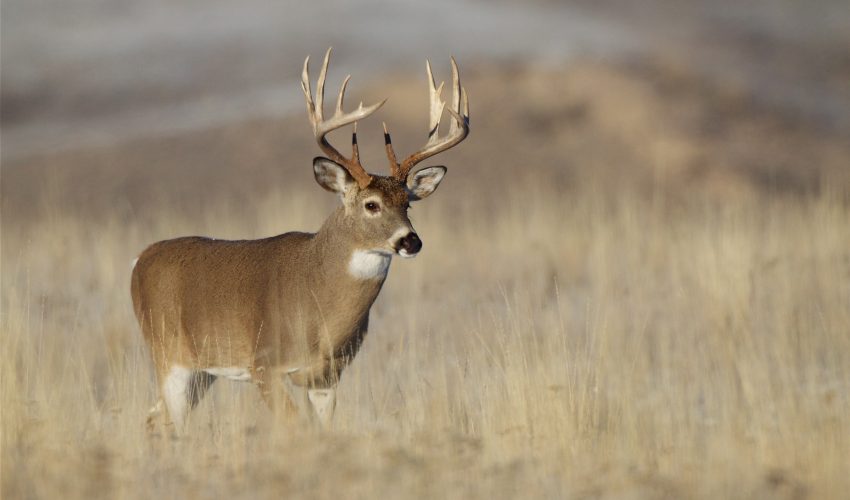 Trophy hunting amidst climate change can wipe out entire species

With today’s changing climate conditions, certain species of animals will be pushed into extinction if trophy hunting and other activities which target strong males are not properly managed.

Researchers from Queen Mary University of London (QMUL) predict that the harvesting of even five percent of robust males may be enough to lead to extinction.

Hunters target male animals with extravagant features such as large horns or antlers. These individuals are often equipped with the healthiest genes, which are removed from the population once they are killed.

“This demonstration that trophy hunting can potentially push otherwise resilient populations to extinction when the environment changes is concerning,” said lead author Dr. Rob Knell. “Because these high-quality males with large secondary sexual traits tend to father a high proportion of the offspring, their ‘good genes’ can spread rapidly, so populations of strongly sexually selected animals can adapt quickly to new environments. Removing these males reverses this effect and could have serious and unintended consequences.”

Dr. Knell explained, “We found that ‘selective harvest’ has little effect when the environment is relatively constant, but environmental change is now a dangerous reality across the globe for considerable numbers of species.”

In Sub-Saharan Africa, more land is conserved for hunting than is protected in national parks. Trophy hunting is an important industry that is thought to have little impact on animal populations. But now, the researchers have shown that damage caused by this recreational sport may be irreparable in a changing environment.

The research team used computer simulation to forecast the outcome of selectively targeting males and to examine how the climate influences this outcome. Based on their findings, the authors recommend restricting hunting to older males who have already reproduced.

“Our results clearly show that age restrictions on harvest which allow males to breed before they are taken is effective at reducing the impact of selective harvest on adapting populations,” said Dr. Knell. “When properly regulated trophy hunting can be a powerful force for conservation which is why we’re suggesting a different management approach as opposed to calling for a ban.”

The study appears in Proceedings of the Royal Society B: Biological Sciences.
—