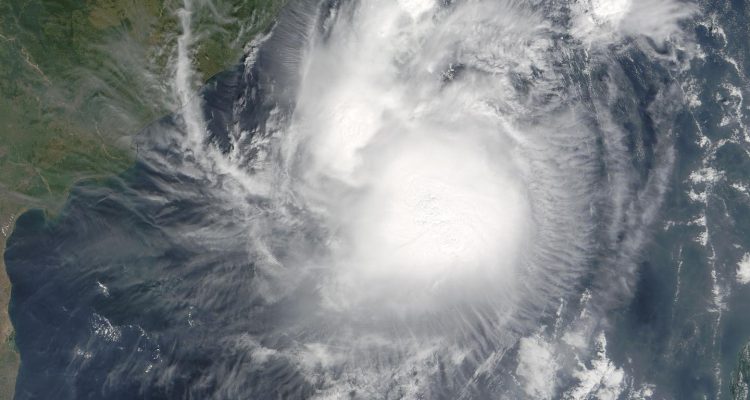 Tropical Cyclone Kyant, formally known as 3B, continued to move in a westerly direction across the Bay of Bengal, Northern Indian Ocean when NASA’s Terra satellite captured a clear image of the storm.

This image revealed a rounded area of clouds with a fragmented band of thunderstorms wrapping into the low-level center from the northwest of the center.

The Joint Typhoon Warning Center said the cyclone is being steered southwestward along the southern edge of a subtropical, elongated area of high pressure. The forecast track takes Kyant just north of Chennai, India on Oct. 28.

Because Kyant is expected to run into adverse conditions over the next day or two, the JTWC expects the system to weaken and dissipate by October 29.