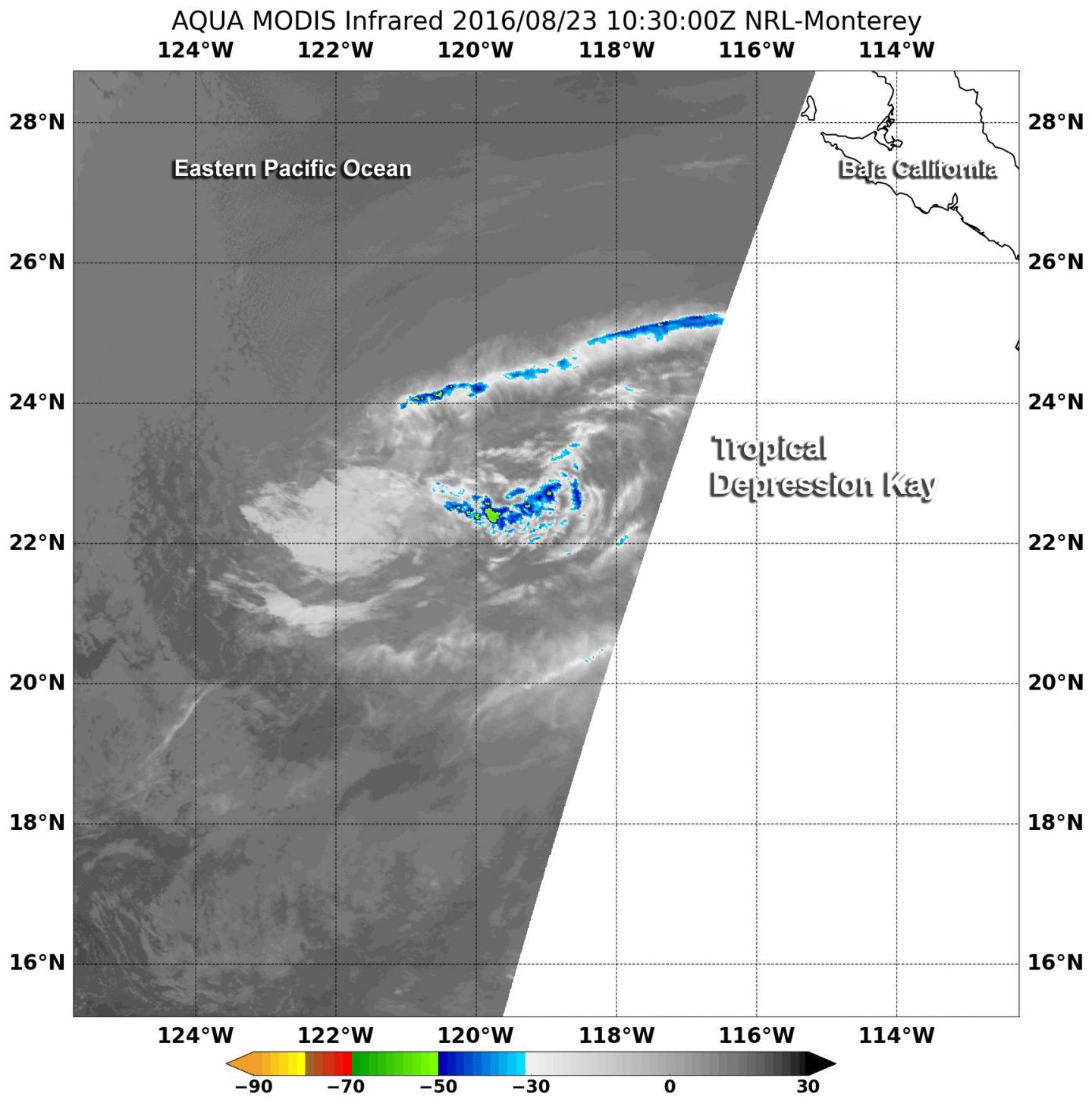 The depression was moving toward the west-northwest near 8 mph (13 kph) and the National Hurricane Center (NHC) said a gradual turn toward the west is forecast during the next 36 hours. Maximum sustained winds are near 35 mph (55 kph) with higher gusts.

The Moderate Resolution Imaging Spectroradiometer or MODIS instrument aboard NASA’s Aqua satellite provided an infrared look at Tropical Depression Kay on Aug. 23 at 6:30 a.m. EDT (10:30 UTC). Kay had moved over cool waters near 77 degrees Fahrenheit (25 degrees Celsius) that sapped the convection (rising air that forms the thunderstorms that make up a tropical cyclone) and thunderstorm development. The MODIS image showed that Kay does not have any developing or existing thunderstorms. It just appears as swirl of low clouds.

The NHC said that unless the convection makes an unexpected return, the cyclone should degenerate to a remnant low pressure area later today. A turn back toward the west is likely before the system dissipates completely in two days.