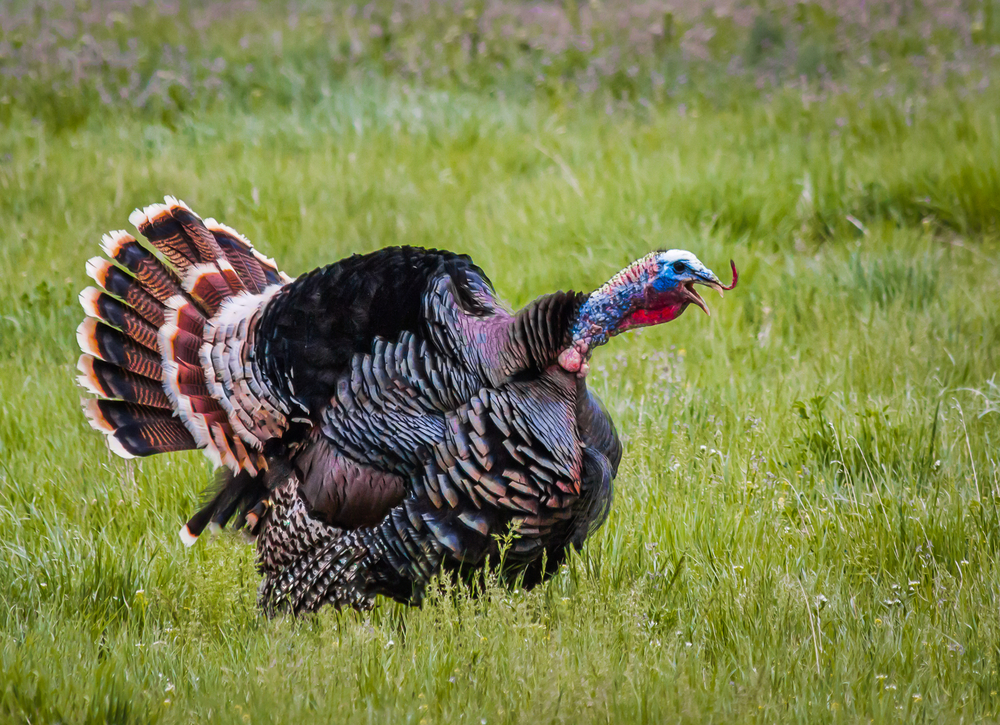 ‘Tis the season for wild turkeys in Massachusetts, but one group of troublemaking turkeys have Boston residents in a “fowl” mood.

The indigenous bird was once completely eradicated from the state. Thanks to the hard work of wildlife restoration experts, the turkeys Ben Franklin once wanted to honor as America’s national bird have made a comeback.

That comeback hasn’t come without a cost. Gangs of wild urban turkeys have begun strutting around Boston like the own the place.

“There was a girl at church on Sunday who was telling me how she got chased. She and her dog got chased by a wild turkey,” Councilman Craig Kelly said during a recent Cambridge City Council meeting.

Over the past three years, Boston and its suburbs have received countless similar complaints, including that they damage cars, attack people and pets, and ruin gardens. A review of public records turned up 60 such reports last year alone, the Associated Press said.

One Cambridge meeting to discuss the turkey problem became an example itself. When the meeting ended, Councilman Dennis Carlone was rushed by a turkey as soon as he left.

“It was like the turkey was waiting for me,” he told the Boston Globe. “They’re clearly strategizing. And I agree, we have to think of some humane way to deal with this.”

In five cases, turkeys became so aggressive that police had to shoot them for public safety, the Associated Press reported.

The troublemaking turkeys aren’t just a problem in Boston. Cities throughout the U.S. have had to deal with more of the feathered fiends finding their way into urban areas.

And of course, they’re not alone. Other animals like raccoons, foxes and mountain lions have made appearances in cities in recent years. The Boston area has been swamed by rabbits as well as turkeys, and they do just as much damage to yards and gardens.

The problem is that wild animals become acclimated to human areas, but don’t abandon their normal, wild behaviors. Residents who leave food out for wildlife don’t help, because it encourages them to return to the area.

“Turkeys don’t really mean to harm people – it’s just tied to their social dynamics within the flock,” David Scarpitti told the Associated Press. Scarpitti is a wildlife biologist and turkey expert for the Massachusetts Department of Fish and Wildlife. “They lose perspective that humans are humans and turkeys are turkeys. They just want to assert dominance over anything.”