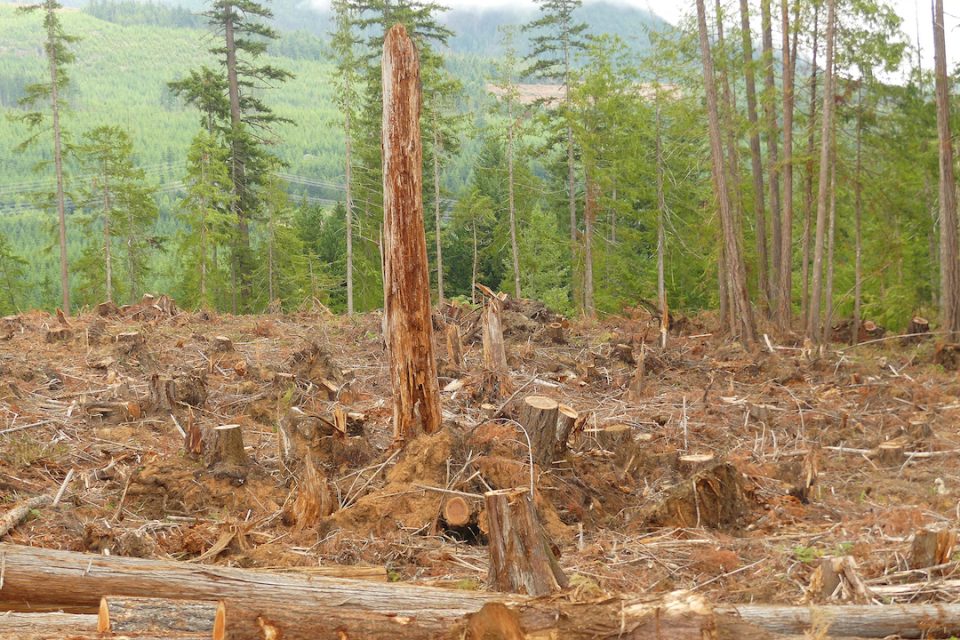 Trump admin aims to remove public input from forest clearcutting projects. As I have previously reported, the Trump administration has rolled back a wide variety of environmental rules and regulations. Now, the administration is taking aim at the National Environmental Policy Act (NEPA).

NEPA was signed into law by President Nixon and has long been used to guide environmental policy and public engagement in federal land management. NEPA was first enacted to “declare a national policy which will encourage productive and enjoyable harmony between man and his environment; to promote efforts which will prevent or eliminate damage to the environment and biosphere and stimulate the health and welfare of man; to enrich the understanding of the ecological systems and natural resources important to the Nation; and to establish a Council on Environmental Quality.”

In practice, NEPA is a big reason that federal protections for land are more robust and substantial in the US than state protected lands. NEPA requires an environmental impact study on any major federal construction project, rule or regulation before it’s enacted. NEPA also requires an opening for public input on these types of changes.

This means when the forest service wants to open land to logging or change the way lumber is harvested in an area, normal citizens are informed and allowed to comment on the change. The same goes for building pipelines on public lands, oil and gas or mineral rights leases.

All of these require an opening and review period for public comments as well as an environmental impact study. Until this point, any timber harvest over 70 acres required public input. Due to an underfunded forest service, this in principal meant that decision making became incredibly slow. Outside Online reports that on average, a US Forest Service environmental assessment under NEPA took 687 days.

The Trump administration has been finding ways around NEPA rules, but now threatens to change it fundamentally.

The Hill reports that the Trump administration plans to go ahead with opening the Arctic National Wildlife Refuge for drilling, without a complete environmental impact statement, violating NEPA.

Trump’s border wall was exempted from NEPA rules because as the Union of Concerned Scientists reports, the Department of Homeland Security simply waived NEPA and other laws to build the wall. The exemption by the Department of Homeland Security was made possible by the Real ID Act of 2005, which allows the department to waive certain requirements under laws like NEPA and the Endangered Species Act.

Prior to the exceptions made for the wall, such regulations have been waived seven times, five times under President George W. Bush and two times in 2017. Despite this ability to waive regulations under certain circumstances, the Trump administration is trying to remove the requirement for public input on changes in federal environmental management as a regular part of the process. An executive order by President Trump, if finalized, would change the process indefinitely.

The new proposed rule outlined in Trump’s executive order would allow the US Forest Service to authorize forest clearcutting or other commercial logging activities of up to 4,200 acres without an environmental impact statement or public input. 4,200 acres is a large area but it’s possible that logging activities could be placed near each other, creating in reality a much larger area of logging devastation.

The new rule’s anti-environmental agenda is hidden in language of fire suppression:

“For decades, dense trees and undergrowth have amassed in these lands, fueling catastrophic wildfires. These conditions, along with insect infestation, invasive species, disease, and drought, have weakened our forests… Active management of vegetation is needed to treat these dangerous conditions on Federal lands but is often delayed due to challenges associated with regulatory analysis and current consultation requirements…”

A look at the Trump administration’s proposed budget for the US Forest Service shows that firefighting isn’t one of their major concerns. The budget cuts the Wildland Fire Management budget by $530 million to $2.4 billion $2.4 billion. This is despite a trend of more fires with increased severity in the western US, where most forest service land is found.

According to NASA, 61% of forest fires in the western US over the last 60 years occurred since 2000. The number of fires to burn more than 200,000 acres have increased in the last 20 years as well, and no fires of this size were documented before 1970.

Climate change is predicted to continue to increase the number of large forest fires in the western US and elsewhere. The US Forest Service could play a real role in fighting climate change as well as mitigating the potential danger of forest fires, yet the current administration seems to see land management’s only benefit in hastening private business on public land.

We stand at a time when we may have our last chance to comment on forest service policy and it’s an opportunity no American should let pass by. The Southern Environmental Law Center and other organizations have been pushing back against the proposed rule and other environmental deregulation. The organization created an easy to use online tool to comment on the proposed change in the US Forest Service.

Imagine showing up to your favorite hiking trail, campground, picnic area, climbing route, fishing spot, anywhere you can imagine in the forest and finding nothing but cleared land dotted with stumps. This could be a reality if concerned citizens don’t speak up now, as there would be no requirement that anyone in the public be informed before their land is handed over to those who would despoil it for a profit.    Trump admin aims to remove public input from forest clearcutting projects

This is also a time to find your local and federal elected official’s contact information and write to them yourself. The comment period has been extended, originally it was to end on August 12 now it’s been extended to August 26, still enough time to make your thoughts known. You can comment directly at regulations.gov or submit comments by mail to: