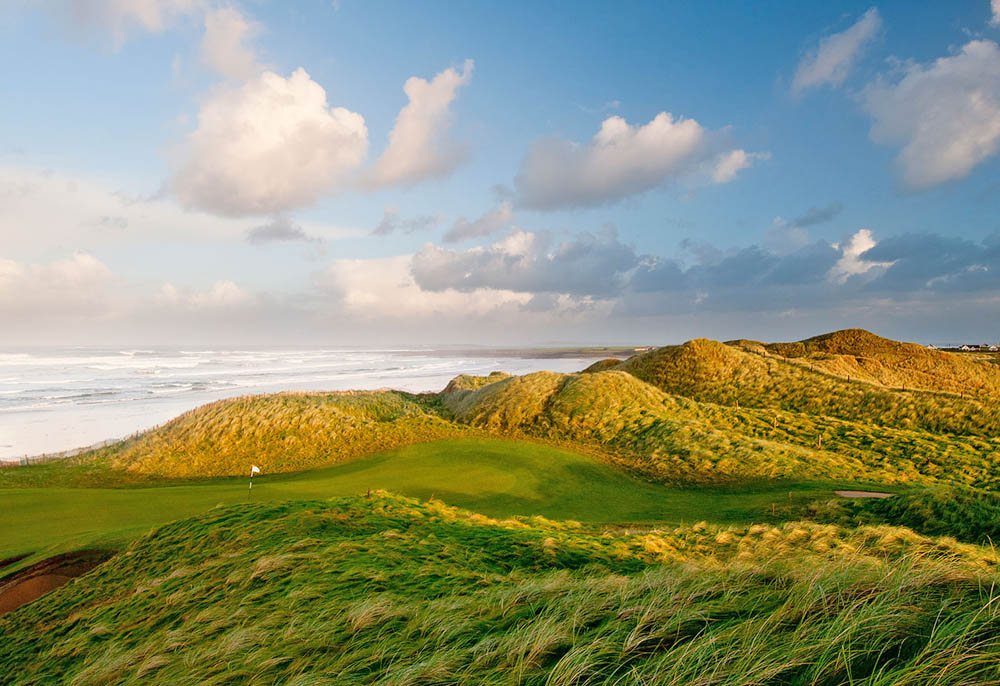 Donald Trump wants to build another huge wall, this time to keep out the rising sea levels threatening to swamp his luxury golf resort in Ireland.

The Republican presidential candidate has called climate change a “con job” and a “hoax.” But in an application filed this month in County Clare, Ireland, the Trump International Golf Links and Hotel cites the threat of global warming in seeking a permit to build a nearly two-mile-long stone wall between it and the Atlantic Ocean. The beach in front of the 18th green is disappearing at a rate of about a yard each year.

Trump, who has roiled the immigration debate by proposing to build a massive wall along the Mexican border, has repeatedly taken to Twitter to express skepticism that human activity is causing the world to warm, raising sea levels as the polar ice caps melt. He has also said he would seek to “renegotiate” the global accord to cut climate-warming carbon emissions agreed to by President Barack Obama in December.

“The concept of global warming was created by and for the Chinese in order to make U.S. manufacturing non-competitive,” Trump tweeted in 2012.

“The entire country is FREEZING – we desperately need a heavy dose of global warming, and fast! Ice caps size reaches all time high,” Trump tweeted in 2014.

Environmental groups pounced on the application as evidence of hypocrisy.

“Donald Trump clearly cares more about the fate of his golf courses than the health of the millions of families already affected by the climate crisis,” said Adam Beitman, a spokesman for the Sierra Club.