Scientists: time to turn off street lights for a few hours a night • Earth.com 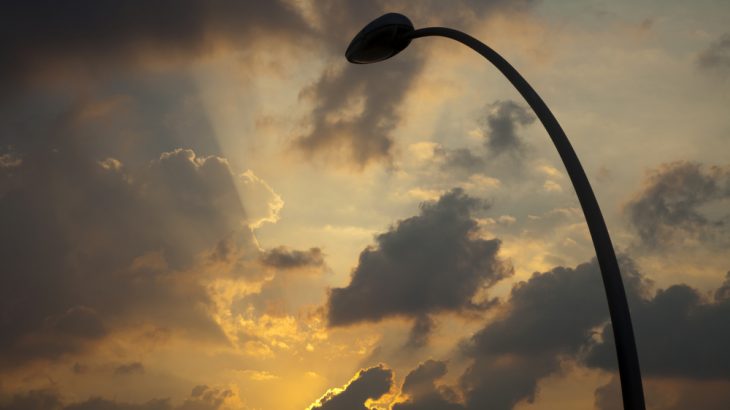 Scientists: time to turn off street lights for a few hours a night

Helping plants and pollinators may be as simple as turning off street lights for a couple of hours a night.

That was the conclusion of a team of researchers from Newcastle University and York University who wanted to determine how light affects nocturnal pollinators like moths.

“Artificial light at night is an increasingly important driver of global environmental change and sky brightness is increasing by about 6 percent a year,” study co-author Dr. Darren Evans said. “Understanding the ecological impact of this artificial light on the ecosystem is vital.”

The study found that bright street lights at night draw moths upward to flit around the light source rather than pollinate as usual. That has a large effect on the plants that rely on moths for pollination, including pea, soy and rapeseed crops.

But turning off the street lights – even if only for a couple of hours – sent moths back to the plants they prefer to feed on.

The researchers found that while constant overnight light badly disrupted pollination, even just a partial “lights out” period had a similar effect on moths’ feeding patterns as full darkness.

“We know that light pollution significantly alters moth activity and this in turn is disrupting their role as pollinators. But what our study showed was that while full-night lighting caused significant ecological disruption, part-night lighting did not appear to have any strong effect on pollination success or quality,” Evans said.

Whether street lights use sodium or LED bulbs had no apparent effect. It wasn’t the type of light, but the amount, that seemed to throw off moth feeding patterns.

It’s the latest in a number of studies about the effects of light pollution on humans and the world around us. Studies have shown that light pollution can disrupt sleep, leading to chronic insomnia and dependence on sleep aids.

“Often, as conservationists, we have to make difficult trade-offs between development and environmental protection,” lead author Dr. Callum Macgregor said. “However, our study suggests that turning off street lights in the middle of the night is a win-win scenario, saving energy and money for local authorities whilst simultaneously helping our nocturnal wildlife.”