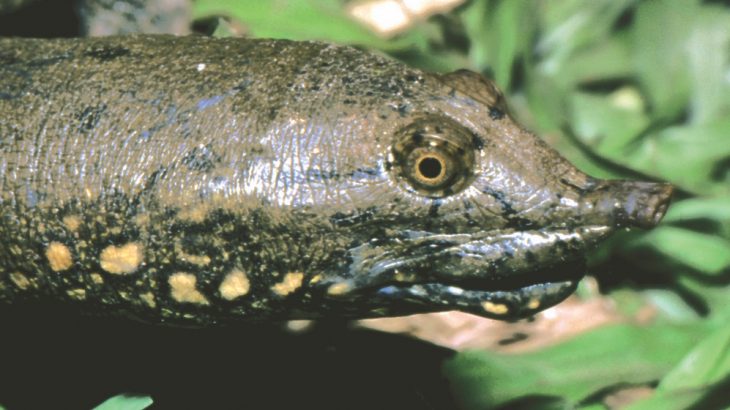 A once abundant and widespread species of turtle known as the Chinese Softshell Turtle has gone through several reclassifications over the years, as taxonomists realized that what was thought to be one species was actually four distinct species.

Researchers from Hungary, Germany, and Vietnam recently discovered a new fifth species of softshell turtle and described their findings in a new study published in the journal ZooKeys.

This new species has dark blotches on its shell and is genetically and morphologically different from the other four species in the Chinese Softshell Turtle genus.

The new species, called Pelodiscus variegatus is particularly fitting as “variegatus” is Latin for “spotted.”

“This morphological feature, among others, led to the discovery that these animals belong to a hitherto undescribed species,” said Uwe Fritz, a co-author of the study.

However, with the discovery of each new species, the abundance of this once thought rich and widespread species of turtles is called into question, and the reality is that the turtles may be more endangered than previously realized.

Pelodiscus variegatus is no exception, and the researchers say that each newly discovered species of Chinese Softshell Turtle reduces not only individual populations but also species’ distribution.

In fact, the new species was once thought to belong to a species of softshell turtle discovered in 1997 that was already endangered upon its discovery. Now that that species has been split, the risk of extinction only increases.

The new species Pelodiscus variegatus is critically endangered based on the IUCN Red List criteria.