Turtles and tortoises can slow their rate of aging • Earth.com 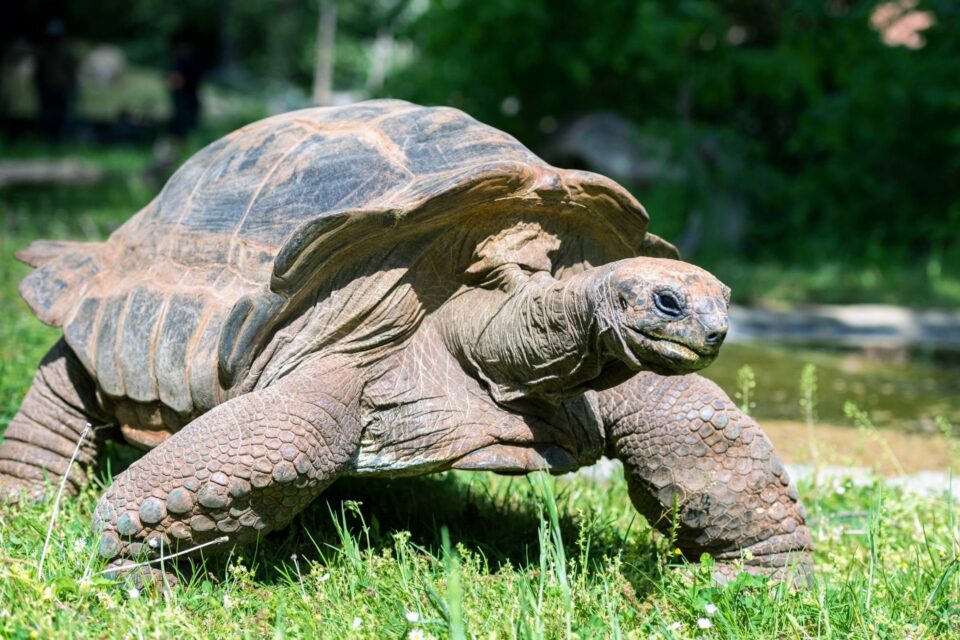 Turtles and tortoises can slow their rate of aging

All living creatures get older and ultimately die. However, according to University of Southern Denmark researchers, not all organisms age at the same rate. They found that many turtle and tortoise species are able to slow down their senescence significantly and, in some cases, nearly turn it off.

Fernando Colchero, Dalia Conde, and Rita da Silva studied 52 turtle and tortoise species and discovered that 75 percent have a very slow rate of senescence. Compared to humans, 80 percent of these long-living species have a slower rate of senescence.

The experts found that the senescence rates of the Aldaba giant tortoise (Aldabrachelys gigantea) can reach as low as zero, and the black marsh turtle (Siebenrockiella crassicollis) can reduce their rate of aging to below zero. For the black marsh turtle, this means that the risk of death is reduced as the animal ages.

Moreover, the study authors discovered that the animals have flexible senescence rates. When captive animals were presented with improved living conditions, these adaptable creatures were able to reduce their aging rate.

This flexibility does not apply to humans, as research on humans and non-human primates has shown better living conditions don’t significantly reduce the rate of aging.

Although the researchers are not sure why turtles and tortoises age less rapidly, there are theories suggesting it has something to do with growth after sexual maturity. One theory assumes that as the body prepares for reproduction, more energy is diverted into that function, and the matured body begins to deteriorate as a result. Based on this theory, there is no avoiding the aging process.

However, animal species that continue to grow after sexual maturity, including turtles and tortoises, may function differently. Some scientists think that since these species continue to grow after their reproductive years arrive, they can keep investing energy into cell repair, thereby avoiding the damaging effects of aging.

The researchers made it clear that they are not calling turtles and tortoises immortal. They noted that these animals will eventually succumb to other causes of mortality, such as disease.