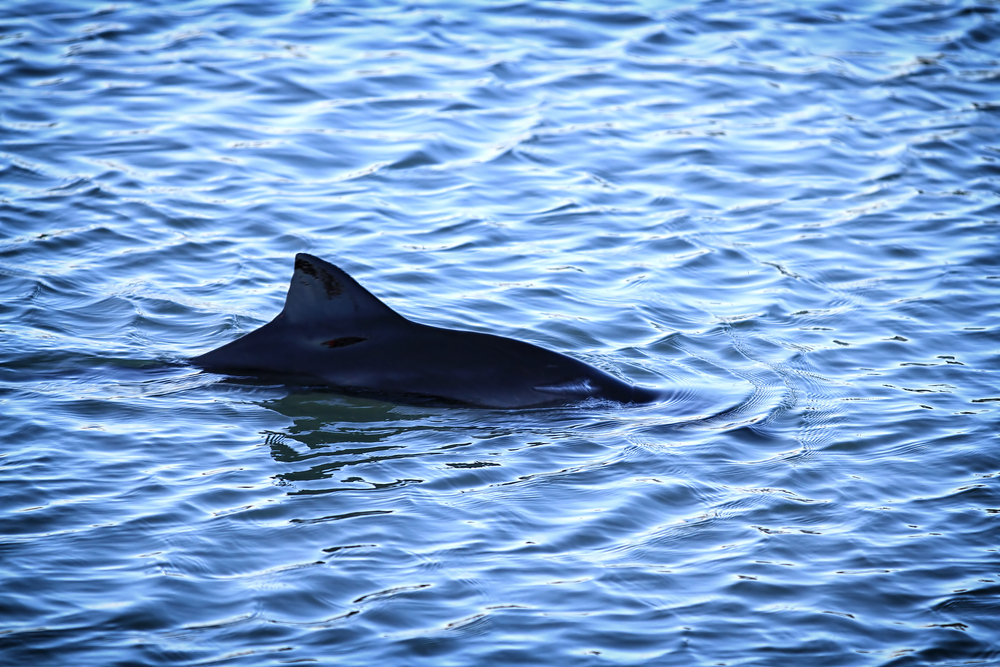 The crew of a fishing boat in the Southern North Sea pulled up a surprising catch in May: the remains of a two-headed baby porpoise.

The find was reported in the most recent issue of Deinse, the journal for the Natural History Museum of Rotterdam.

The Dutch fishermen didn’t keep the two-headed baby porpoise, because they thought it was illegal for them to hold onto the remains, but they did take a number of photos that were shared with the journal.

Scientists used the photos to identify the little cetacean as a harbor porpoise – or rather, a pair of conjoined twin harbor porpoises. Harbor porpoises are a protected species in the North Sea, which is the body of water between the United Kingdom and Norway, just north of the Netherlands.

Dr. Erwin Kompanje, the Rotterdam museum’s curator of animals, told the Washington Post that he believes the twins may have died not long after birth. They may have drowned because the two brains were unable to swim in the same direction, or the heart may simply have been unable to pump enough blood, he said.

Conjoined twins are very rare among wild animals, and porpoises and other cetaceans are no exception.

“Even normal twinning is rare; there’s no room in the womb of the mother for harboring more than one baby,” Kompanje said.

The twins pulled up from the North Sea are the first recorded case of conjoined twins among harbor porpoises, and the 10th among cetaceans generally, a group that includes other porpoise species, dolphins and whales.

The true number of cases is unknown, however. Most conjoined twins born to those species may die in infancy or even before birth, scientists said.

For the scientists who authored the paper in the museum’s journal, the loss of the remains was a tragedy. So few cases appear that they may never see another in their lifetime, Kompanje said.

“For a cetologist, this a real horror,” he told the Post.