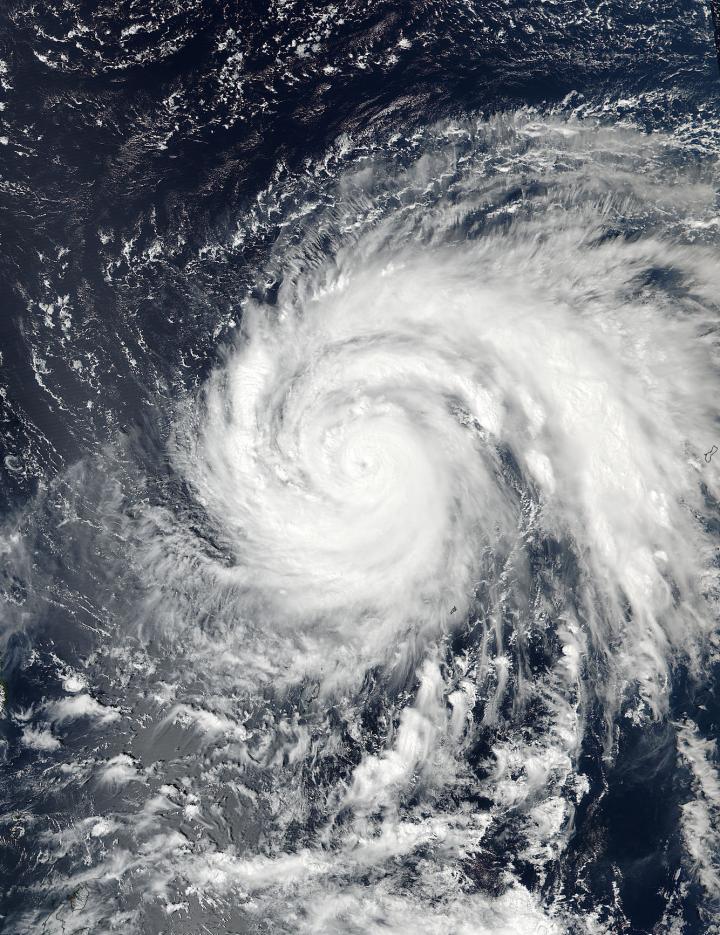 NASA-NOAA’s Suomi NPP satellite provided a visible look at Powerful Typhoon Haima as it continued moving to the west-northwest through the Northwestern Pacific Ocean. Haima is forecast to affect the northern Philippines where it is known as Lawin.

On Oct. 17 at 12:30 a.m. EDT (04:30 UTC) NASA-NOAA’s Suomi NPP satellite passed over Haima and provided a visible-light image of the storm. The Visible Infrared Imaging Radiometer Suite (VIIRS) instrument aboard NASA-NOAA’s Suomi NPP satellite showed a cloud-covered pin-hole eye surrounded by bands of powerful thunderstorms. A large band of thunderstorms extended from the north to east of the center of circulation.

Haima was centered near 13.8 degrees north latitude and 134.5 degrees east longitude, about 787 nautical miles east of Manila, Philippines. It was moving to the west-northwest at 12.6 mph (11 knots/20.5 kph).

The Joint Typhoon Warning Center forecast calls for Haima to move west-northwest to northwest, while intensifying up to 161 mph (140 knots/259 kph) on Oct. 18.

After moving over northern Luzon, Philippines, Haima is then expected to make landfall in mainland China, northeast of Hong Kong.