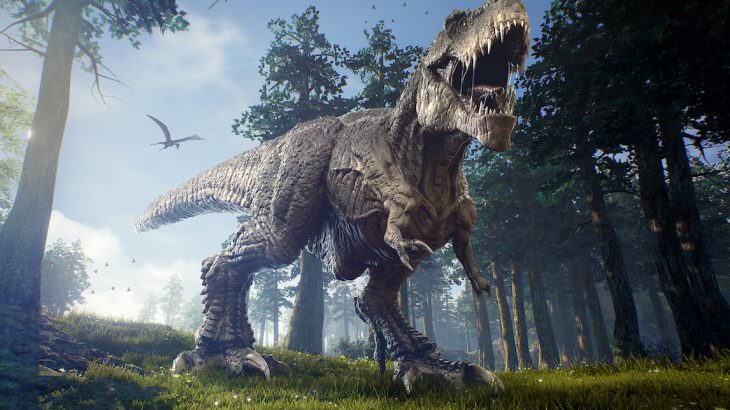 Tyrannosaurus rex, who is famous for being a deadly carnivore, was likely assisting in the widespread dispersal of fruit seeds. A recent report in New Scientist suggests that T Rex was inadvertently planting fruits across the landscape in its droppings after devouring plant-eating animals.

Plants produce brightly-colored, seeded fruits to entice herbivores to eat them and disperse the seeds in their waste. Carnivores also become seed dispersers after consuming the herbivores.

A team of researchers led by Tetsuro Yoshikawa at the National Institute for Environmental Studies set out to investigate if the carnivorous dinosaurs of the Cretaceous period may have been seed dispersers.

The team analyzed data on the body weight and diet of 51 living bird species that are the closest living relatives of T. rex. Using this information, the experts developed a computer model to estimate how long seeds persist in a bird’s gut before being excreted.

The model enabled the researchers to predict how long seeds may have remained inside of a T. rex. The study revealed that seeds would likely have persisted for five to seven days before passing through the digestive system.

According to Yoshikawa, the fact that T. rex was highly mobile means that the dinosaur dispersed seeds across a large area. Yoshikawa told New Scientist that further research is needed to understand T. rex’s role in seed dispersal. “Our result is a first step to the modelling, and the estimates for dinosaurs are quite rough.”

Yoshikawa added that the model could be improved with more information on the type of seeds that were consumed and with a better understanding of T. rex’s diet.

The study is published in the Oikos Journal.