Underwater volcanoes can disrupt travel and the ocean soundscape • Earth.com 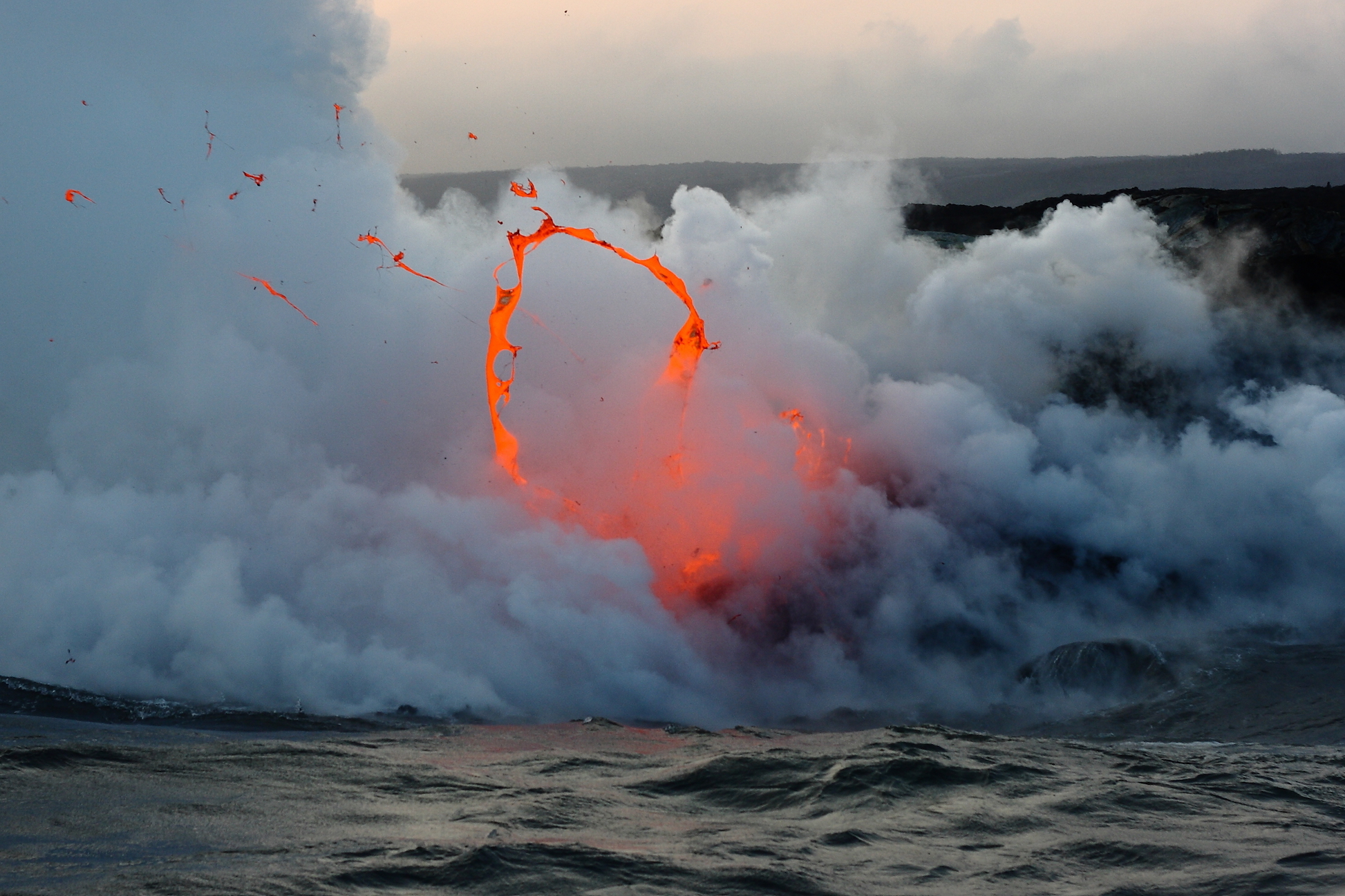 Underwater volcanoes can disrupt travel and the ocean soundscape

Even though most volcanoes erupt beneath the ocean, scientists do not know much about underwater volcanic activity. Gabrielle Tepp of the U.S. Geological Survey (USGS) says that improved monitoring could help provide insight into submarine eruptions.

Depending on the immensity of an underwater eruption, gas and ash may break through the surface of the ocean with the potential to interfere with air travel.

“The ocean is a big place so it’s pretty unlikely that you’re going to have a situation where a ship haphazardly wanders over an eruption, but there are a few that have come close,” said Tepp.

Submarine eruptions can also create a floating blanket of rocks, called a pumice raft, which can damage boats and obstruct harbors.

Furthermore, submarine volcanoes change the soundscape of the ocean. Observations of two separate underwater eruptions revealed that they made very different sounds. This indicated to researchers that different processes took place during the eruptions.

The two eruptions were recorded on distant seismometers, which measure waves passing through the ground to record earthquakes. When volcanoes erupt directly into the water, the sounds can travel for thousands of miles.

“Eruptions that create a loud enough sound, in the right location, can travel pretty far, even from one ocean to another,” Tepp said. “It makes you wonder, how many of these signals have we seen on distant instruments where nobody knew what they were, and it’s a submarine volcano from halfway around the world?”

Tepp and fellow researchers at the National Oceanic and Atmospheric Administration and the USGS recently deployed a number of hydrophones in the Northern Mariana Islands. The data, which will be collected next summer, may help the experts to determine where and how often local volcanoes erupt to see if the area needs better hazard monitoring.

Tepp will present a discussion on the challenges and benefits of remote monitoring and what it can teach us about submarine eruptions at the 174th Meeting of the Acoustical Society of America in New Orleans this week.