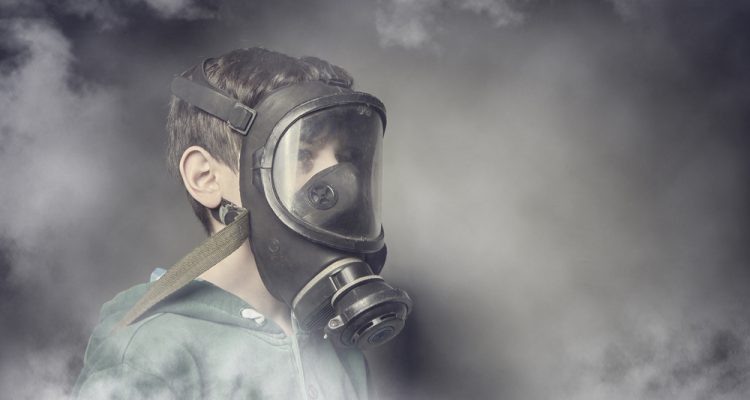 Shocking news came from UNICEF today as they report recent statistics indicating almost 2 billion children in the world are breathing polluted air. These air pollution levels exceed international guidelines and are the result of fossil fuel use, vehicle emissions, dust and burning. Almost 1 in 7 of the children at risk live in areas with the most toxic air, at a whopping six or more times higher than guidelines recommend. These dangerous levels of pollution increase bronchial illnesses such as asthma, stroke, and lung cancer. Sadly, children are the most susceptible to the effects of these pollutants.

Using satellite imagery, the UNICEF air pollution report shocked the world today by showing how many children are exposed to pollution exceeding guidelines set out by the World Health Organization (WHO). The biggest offenders are South Asia, East Asia, and the Pacific region. It is claimed that 620 million children are breathing in polluted air in South Asia.

“Air pollution is a major contributing factor in the deaths of around 600,000 children under five every year – and it threatens the lives and futures of millions more every day. Pollutants don’t only harm children’s developing lungs – they can actually cross the blood-brain barrier and permanently damage their developing brains – and, thus, their futures. No society can afford to ignore air pollution. We protect our children when we protect the quality of our air. Both are central to our future,” UNICEF Executive Director Anthony Lake commented.

As children’s bodies are still developing, they are more vulnerable to these positions. Juveniles breath faster than adults and inhale more air – toxic particles drill deep into their lungs and circulatory system, which can develop into disease.

“Air pollution is a major contributing factor in the deaths of around 600,000 children under five every years – and it threatens the lives and futures of millions more every day,” Dr. Lake added.

Experts say the poorest people are the most defenseless to these risks, as they already suffer from poor health. In New Delhi, India, air pollution is thought to be amongst the worst in the world, spiking each winter as residents use garbage fires to stay warm. This morning, New Dehli was reported at PM 2.5 levels above 900 mcg per cubic meter – 90 times higher than the WHO recommendation – and it was recommended for residents to stay indoors.

UNICEF wants world leaders to take four steps towards a cleaner air for our world:

In New Dehli, local surveys reveal that up to a third of children suffers with respiratory ailments. New Delhi has taken steps to clean its air by creating restrictions on the type of vehicles which can drive on its busy city streets. However, large-scale construction creating dust and other pollution still continues.

The city recently launched a smartphone app called Change the Air, which asks residents to contribute photos and complaints pertaining to illegal pollution sources, from the burning of leaves and garbage in public parks to construction crews working without dust control measures.

You can read the full report over at UNICEF.