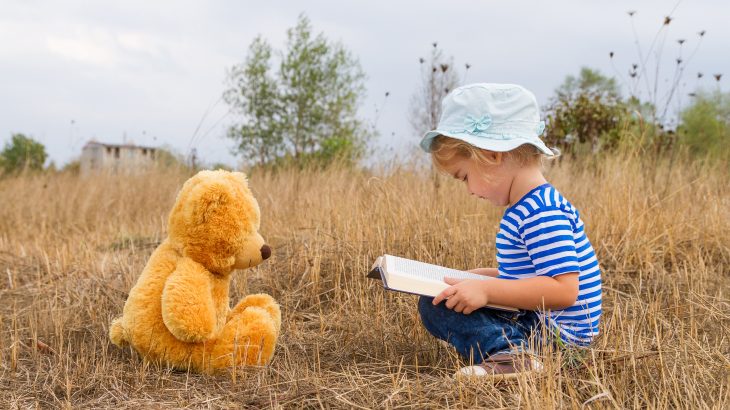 There is a universal framework for storytelling, and it is shaped by invisible words, according to a new study from the University of Texas at Austin. The researchers discovered that small, inconspicuous words like “a,” “the,” and “it” appear in a similar pattern across storylines, regardless of the length or format.

The team recorded the use of invisible words across thousands of fictional and nonfictional stories. The analysis exposed a universal blueprint for storytelling in which subtle words are methodically used at specific moments.

“We all have an intuitive sense of what defines a story. Until now, no one has been able to objectively see or measure a story’s components,” said Pennebaker.

The experts conducted a computer analysis of nearly 40,000 fictional narratives, including novels and screenplays. The researchers tracked the authors’ use of pronouns like “he” and “she,” as well as articles like “a” and “the.”

The team identified a consistent pattern, which includes the use of a lot of prepositions and articles in the beginning of a story to set the stage.

As the plot progresses, authors incorporate more interactional language, such as auxiliary verbs, adverbs and pronouns. For example, “the house” becomes “her home.”

When a story is progressing toward its climax, the researchers noted that more cognitive-processing words are used that reflect the thought processes a person uses to work through a conflict. These words propose actions like “think,” “believe,” or “understand.”

According to the researchers, this linguistic pattern in stories may reflect how humans optimally process information.

Previous research has shown that young children can easily assign names to people and things. Ascribing action, however, was found to be more difficult.

“If we want to connect with an audience, we have to appreciate what information they need, but don’t yet have,” said Professor Boyd. “At the most fundamental level, humans need a flood of ‘logic language’ at the beginning of a story to make sense of it, followed by a rising stream of ‘action’ information to convey the actual plot of the story.”

The researchers compared their fictional story blueprint to more than 30,000 factual texts, such as New York Times articles and TED Talks. While many of the factual narratives shared similarities with the established story structure, each genre had its own unique arrangement that reflected the different relationships between the authors and their audiences.

“Take TED Talks, for example. They mostly show the same pattern, except at the end where the cognitive tension aspect of stories continues to climb with words like ‘think’ or ‘because,'” said study co-author Kate Blackburn.

“This makes perfect sense. The goal of the TED Talk is to inspire, and leave the audience questioning what they have just heard from the speaker. In this sense, we seem to be able to tap into the structure of other forms of storytelling, as if we can identify that story’s fingerprint.”