Vampire flies are changing the behavior of Darwin’s finches • Earth.com 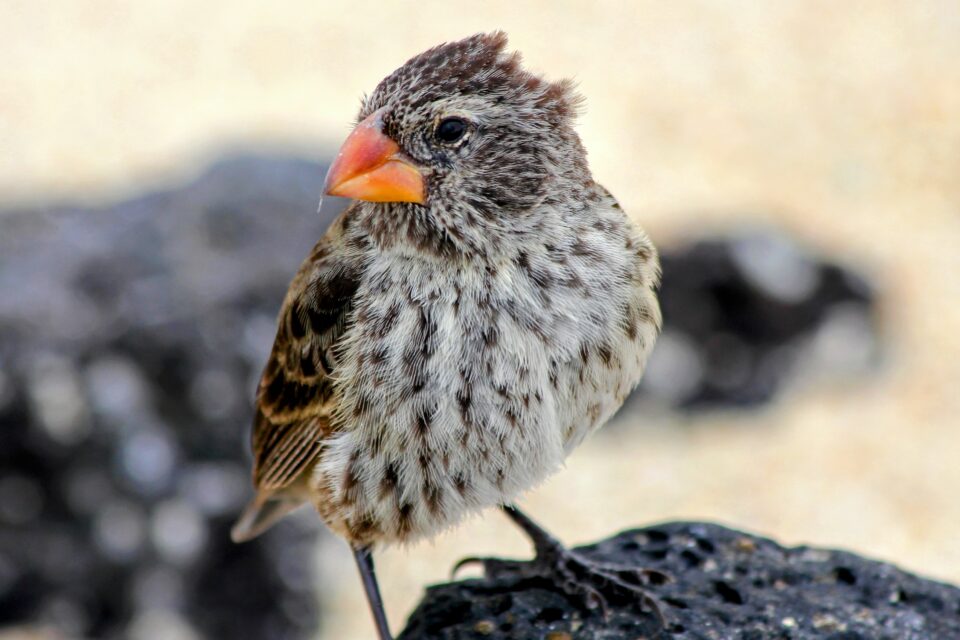 Vampire flies are changing the behavior of Darwin’s finches

In a twist of irony, a new study shows that Darwin’s finches, which were an important inspiration for Darwin’s theory of evolution by natural selection, are being forced to evolve. The researchers found that female Darwin finches are spending more time in their nests fighting off the dangerous larvae of the introduced vampire fly.

Without the extra protection from their mothers, the chicks are consumed by the flies, especially in the early days when the chicks are blind and incapable of preening themselves. Older chicks are able to sometimes remove the flies and even eat them. The mother’s early protection remains essential, but the father also plays a role.

“The pair male is also essential for success of the chicks. If he feeds the offspring a lot, the mother can remain inside the nest for longer,” explained Professor Sonia Kleindorfer of Flinders University. “Timing is everything. The female must forgo foraging herself, and her persistence is strongly influenced by good food provisioning of her offspring by the male.”

“What we show in this publication is that longer female in-nest attendance of chicks predicts the number of parasites in the nest. The new research findings are significant because they show that ‘just being there’ can be a form of front-line defense against threats to offspring survival.”

This information will be crucial for future conservation assessments of the increasingly threatened bird species. It is also important to monitor adult Darwin’s finches. Monitoring the survival of male Darwin’s finches is relatively easy, as the males announce their presence with an advertisement call. The females lack this unique call, which makes them harder to keep tabs on.

“We know from long-term monitoring of Darwin’s finches, from recapture and resighting data since 2000, that annual survivorship in females is much lower than in males, and over 50% of male Darwin’s finches sing at the nest but don’t attract a female,” said Dr. Andrew Katsis.

“Combined, these factors suggest that higher female mortality, and higher parental care costs carried by females, may be a contributing factor.”

The study authors concluded that high-quality females who can sustain longer parental care in the nest with less feeding opportunity for themselves, paired with males that increase feeding to the offspring, have better chances to produce offspring in a vampire fly-dominated environment.

The team found that only 10.4 percent of the critically endangered medium tree finch (a type of Darwin’s finch) produced young on Floreana Island. The remainder had been killed by predators or parasites. According to the experts, control measures are urgently needed to save Darwin’s finches from extinction.