New secrets revealed about the evolution of mammal tusks • Earth.com 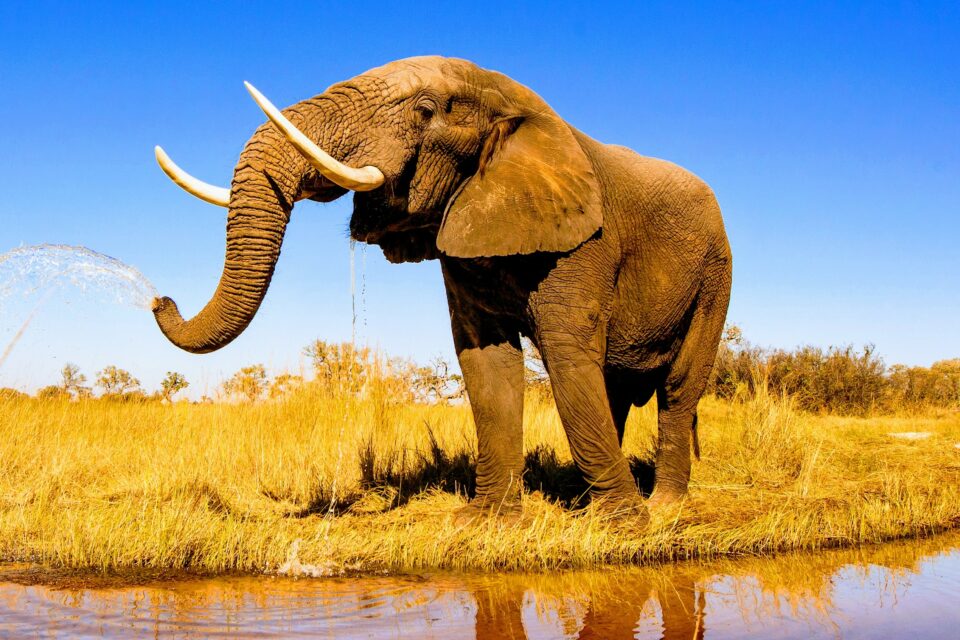 Tusks are uniquely mammalian structures, found in a variety of animal species, including elephants, walruses, warthogs, wild boars and hippopotamuses.

Mammals with tusks find an array of uses for their modified teeth, including fighting, digging, defense, burrowing, pushing over trees, and even assisting with locomotion – as in the walrus that uses its tusks to lift itself up onto the ice. And yet, there has been little research on the evolutionary origins of tusks or what may have led to the development of this dental phenomenon.

In a new study, published today in the Proceedings of the Royal Society B, researchers trace the first tusks back to dicynodonts, ancient relatives of mammals that lived before the dinosaurs, and they shed light on the evolution of mammalian tusks.

“Tusks are this very famous anatomy, but until I started working on this study, I never really thought about how tusks are restricted to mammals,” said study lead author Megan Whitney, postdoctoral fellow in the Department of Organismic and Evolutionary Biology, Harvard University.

Whitney recalls that the idea for the study of dicynodonts arose while she and other researchers were taking a lunch break during a paleontological dig. “We were sitting in the field in Zambia, and there were dicynodont teeth everywhere. I remember Ken picking them up and asking how come they were called tusks, because they had features that tusks don’t have.”

Dicynodonts are not mammals, but are mammal-like reptiles that lived between 270 and 200 million years ago, before the radiation and proliferation of the dinosaurs. They are very distant relatives of modern mammals and are characterized by having two tusks that protrude from their upper jaws, in the position of the canine teeth. The name of the group, dicynodont, literally means “two dog teeth.”

As a group, they were very successful, becoming distributed throughout the world and radiating into many different habitats. There were more than 70 different genera of these fascinating vertebrates, varying from mouse-sized to elephant-sized.

The researchers had to define exactly what was meant by a tusk, as there was clearly confusion between the terms “teeth” and “tusks.” Not all protruding teeth are technically tusks.

“For this paper, we had to define a tusk, because it’s a surprisingly ambiguous term,” said Whitney. The researchers determined that for a tooth to be a tusk it must extend out from the mouth, be made entirely of dentine – lacking the enamel covering most mammalian teeth – and be ever-growing.

Some of the dicynodont teeth that the team observed in Zambia didn’t seem to fit the definition of a tusk either – they were coated in enamel instead of dentine. “There are many different kinds of dicynodonts and they appear to mostly all have tusks,” said Whitney, “however, when you look at the micro-structural details they’re very different in those groups.”

The researchers used micro-CT scans to examine the fossilized tissues of the dicynodont tusks. Paper-thin slices of fossilized tusks from 19 dicynodont specimens, representing ten different species, were examined in this way.

The histological sections showed that the oldest groups of dicynodonts had a big tooth, rather than a true tusk. It was only much later in their evolutionary history that dicynodonts evolved a true tusk that was ever-growing.

Mammals face a paradox when it comes to their teeth. Most mammals, like humans, replace their baby teeth with adult teeth only once in a lifetime. Mammalian teeth are covered with enamel, and so are very durable, but if an adult tooth is lost, it is irreplaceable.

In addition, mammalian teeth are attached to the jaw by means of pegs that fit into sockets in the jaw – the attachment involves soft, fibrous tissue or ligaments.

By contrast, the teeth of other vertebrate groups are attached to the jaw by hard-tissue fusion of bone to tooth, and may also have several sets of tooth replacements during a lifetime.

It appears that the mammalian conditions of soft tissue attachment and few replacement teeth sets the scene for the development of an ever-growing tusk. This tusk is covered with dentine, which is less durable than enamel, but it can continue to grow throughout the life of the animal.

The dicynodont specimens in the current study, which came from South Africa, Antarctica, Zambia, and Tanzania, appeared to have the mammalian conditions of reduced number of replacement teeth at the canine position and a soft tissue attachment of teeth to the jaw. Interestingly, this is a combination of features that is unique to mammals.

“If you have these two things, a reduced amount of tooth replacement and a soft-tissue attachment, an ever-growing tooth allows the animal to get around the fact that it cannot replace the tooth. Instead, it evolves to continuously deposit the same tooth tissues,” said Whitney. “And as the animal continues to deposit the tissue, the tooth begins to move outside of the mouth to become functional.”

The dicynodonts examined in the current study show the first known examples of true tusk development in vertebrates. “We don’t really know what functions the dicynodonts tusks may have had because we can’t observe them and see what they were doing with them,” said Whitney. “That’s a lingering question about dicynodonts, even more so now.”

The study also showed that dicynodonts evolved ever-growing tusks multiple times in different groups, indicating convergent evolution during their history. “I kind of expected there to be one point in the family tree where all the dicynodonts started having tusks, so I thought it was pretty shocking that we actually see tusks evolve convergently,” said Whitney. “This is a similar story to what we see in elephant evolution in that it mirrors a lot of the patterns that have been studied on how elephants got their tusks.”

“We were able to show that the first tusks belonged to animals that came before modern mammals,” said Kenneth Angielczyk, co-author and curator at Chicago’s Field Museum.

“Dicynodont tusks can tell us a lot about mammalian tusk evolution in general. For instance, this study shows that reduced rates of tooth replacement and a flexible ligament attaching the tooth to the jaw are needed for true tusks to evolve. It all ladders up to giving us a better understanding of the tusks we see in mammals today.”