Rise in vaping popularity linked to decline in smoking • Earth.com 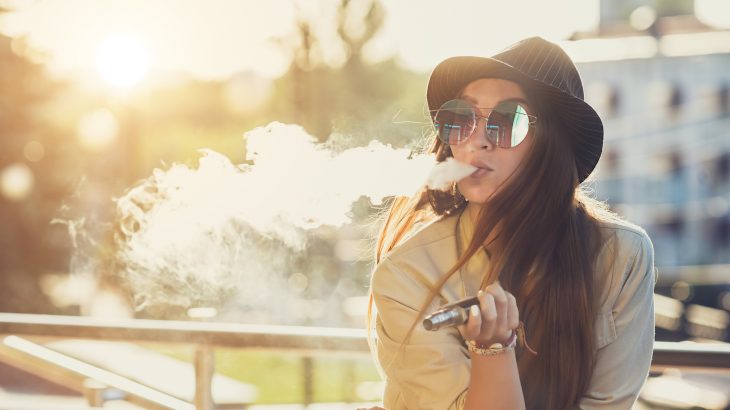 Rise in vaping popularity linked to decline in smoking

One of the biggest concerns with the rise in popularity of vaping is that it’s a gateway habit that leads to smoking.

A report from the National Academies of Sciences, Engineering, and Medicine published earlier this years stated that younger people were more likely to progress to smoking if they started vaping.

However, while electronic cigarettes could lead to smoking, there are also studies that show that increases in vaping have led to declines in smoking.

Researchers from Georgetown University wanted to resolve these conflicting reports and trends and conducted a study examining vaping and smoking rates among 15 to 25-year-olds.

The study was published in the journal Tobacco Control.

Data was collected from five national smoking surveys dating back as far as 2004 and as recently as 2017.

The surveys showed when vaping really began to take off in the United States and how it impacted smoking patterns among young people.

Between 2011 and 2013, vaping was not commonly mentioned on the surveys, however, after 2014 the researchers noticed a surge in vaping.

Retail sales data confirmed that e-cigarettes sales doubled from 2013 to 2014.

Smoking began to decline, and these declines were rapid after 2013 for young adults and teens as vaping became more and more mainstream.

The researchers found the results were consistent with all the data used for the study and even after making corrections to fix potential anomalies.

Even so, the researchers still say there may be a chance that vaping increases the risk of smoking later on.

“It is possible that trying e-cigarettes is causally related to smoking for some youth, but the aggregate effect of this relationship at the population level may be small enough that its effects are swamped by other factors that influence smoking behavior,” the study authors state.

Overall, the study results suggest that vaping, at least at the population level, has played a role in declining smoking trends.