The health risks of vaping e-cigarettes have been underestimated • Earth.com 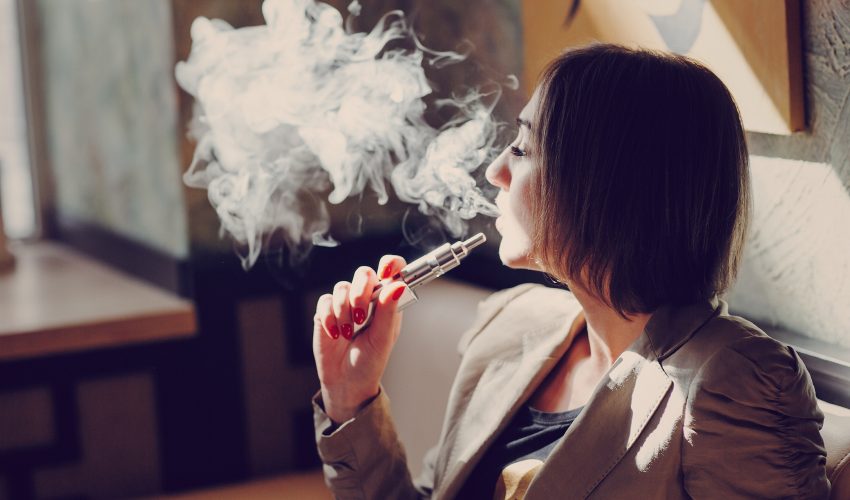 The health risks of vaping e-cigarettes have been underestimated

A new study from the University of Birmingham has found that the safety of e-cigarettes has been largely overstated and misunderstood. While vaping is indisputably safer than smoking cigarettes, it can still cause long-term health issues including lung disease.

Most previous investigations into the safety of e-cigarettes have been focused on the chemical makeup of the nicotine-infused liquid before it is evaporated by heat. In the current study, the researchers demonstrated that this liquid becomes much more potent and damaging to cells after it is vaporized.

The experts developed a mechanical procedure to mimic vaping and tested the effects of the vaporized chemicals on healthy human cells in the laboratory. The study was focused on dust cells, or alveolar macrophages, extracted from the lung tissue samples of eight non-smokers who had no history asthma or chronic obstructive pulmonary disease (COPD).

The cells were exposed to different conditions for 24 hours, including plain e-cigarette fluid or varying strengths of the vaped condensate with and without nicotine. Another group of cells was exposed to nothing as a control group.

The condensate was found to be significantly more harmful to the cells than plain e-cigarette fluid. In addition, the impact on the cells increased along with the amount of condensate.

After 24 hours, the total number of viable cells exposed to the vaped condensate was notably reduced compared to the unexposed cells, and condensate containing nicotine worsened this effect.

The condensate caused cells to die and the rate of production of oxygen free radicals was found to be up to fifty times higher. The production of inflammatory chemicals was also substantially increased, particularly when nicotine was present.

Overall, the researchers concluded that e-cigarettes may be more harmful than we think. They compared the cell damage that was observed in the laboratory to that seen in regular smokers and people with COPD.

According to the experts, further research is needed to better understand the health impacts of vaping.

“In terms of cancer-causing molecules in cigarette smoke, as opposed to cigarette vapor, there are certainly reduced numbers of carcinogens. They are safer in terms of cancer risk, but if you vape for 20 or 30 years and this can cause COPD, then that’s something we need to know about,” said study lead author Professor David Thickett.

“I don’t believe e-cigarettes are more harmful than ordinary cigarettes, but we should have a cautious skepticism that they are as safe as we are being led to believe.”

The study is published in the journal Thorax.