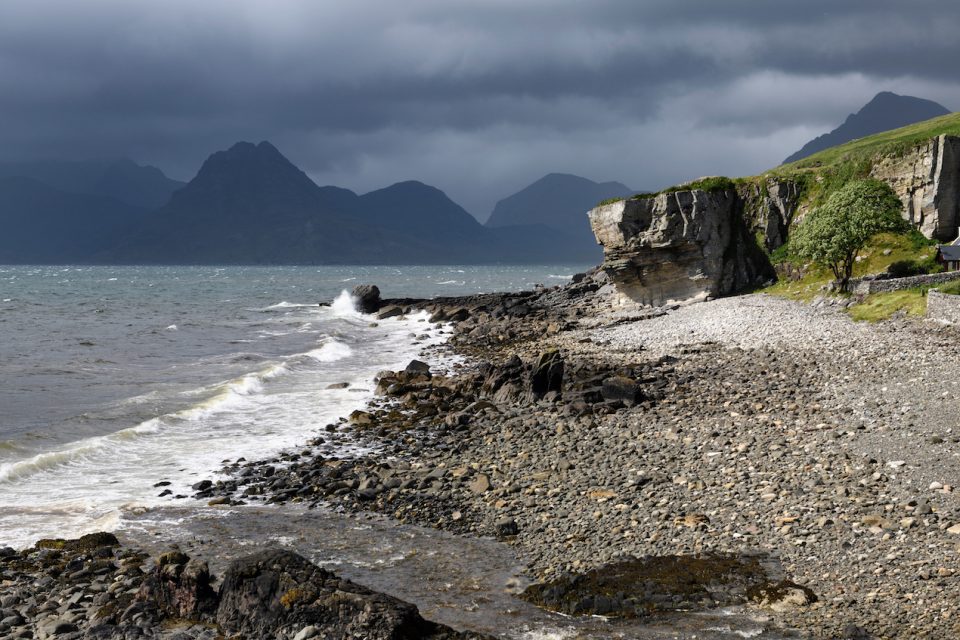 A team of researchers led by Uppsala University has found that a spike in global temperatures around 56 million years ago was caused, in part, by a major volcanic eruption on the Isle of Skye. The study provides the first evidence of a large-scale explosive eruption in modern-day Scotland.

Several times in Earth’s history, volcanic eruptions have been blamed for massive climate disturbances. Around 56 million years ago, global temperatures abruptly increased by 5-8 degrees Celsius in an event that is referred to as the Paleocene-Eocene Thermal Maximum (PETM).

Experts have linked the PETM to volcanic activity in Greenland, the British Isles, and in the present-day North Sea region. For the first time, the new study has revealed that an eruption in Scotland may have also contributed to the PETM.

The research team, which also included experts from the Universities of Durham and St. Andrews in the UK, studied volcanic rocks called pitch stones from islands more than 30 kilometers apart in the Inner Hebrides off the west coast of Scotland.

Using several different methods to compare the pitch stones, including isotope geochemistry, the experts found strong evidence of a major eruption in a region that is the Isle of Skye today. The geochemical data point to the Red Hills as the most likely vent area for this large eruption.

Based on this vent location, a reconstruction suggests that the eruption was similar in magnitude to the Krakatoa eruption of 1883, which is one of the deadliest and most destructive volcanic eruptions in known history.

Scientists have long believed that the Scottish sector of the North Atlantic Volcanic province did not experience any large explosive eruptions at the time of the PETM. The new findings, however, contradict this theory.