Vulture bees have acquired a taste for dead bodies • Earth.com 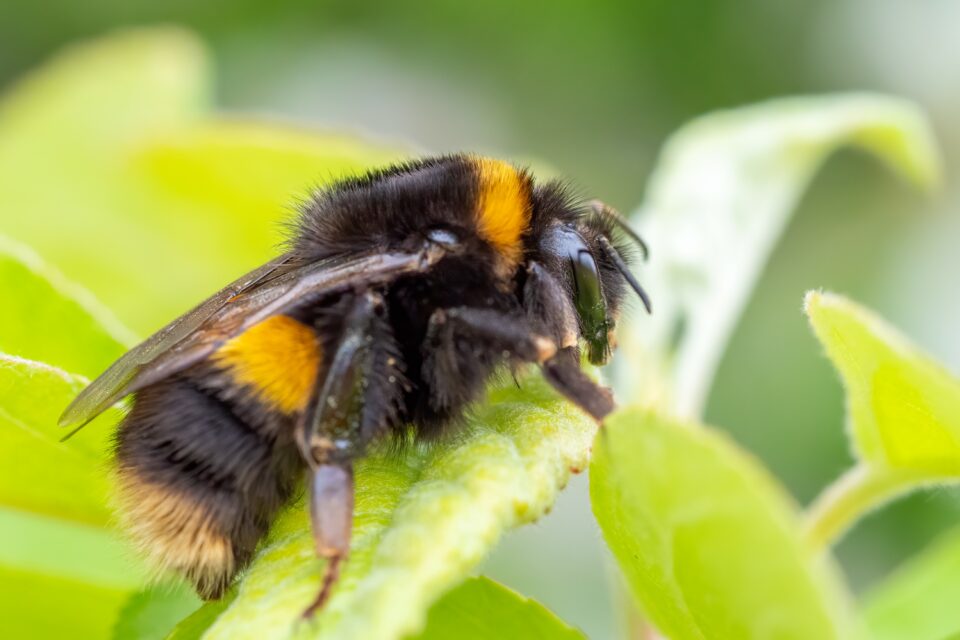 Vulture bees have acquired a taste for dead bodies

Although bees are related to wasps, they gave up being predatory long ago. While most species of wasps catch and kill prey, largely other insects, bees have evolved to depend on pollen and nectar from flowers. Some people view bees as vegetarian wasps. However, a group of stingless bee species in the tropics has developed an interest in eating meat in the form of carrion, and some of these “vulture bees” have even become entirely dependent on this source of protein.

“These are the only bees in the world that have evolved to use food sources not produced by plants, which is a pretty remarkable change in dietary habits,” said UC Riverside entomologist Doug Yanega.

Given this rather extreme dietary shift, a team of scientists from UC Riverside wondered what the gut microbiome of the carrion-eating bees might look like. They traveled to Costa Rica to study closely related species of stingless bees living in the same area, that fed on different diets. Some had a traditional diet of nectar and pollen, some ate exclusively carrion from carcasses, and a third group foraged on both flower products and carrion. The experts compared the microbiomes of bees from the three groups.

Honeybees, bumblebees, and stingless bees have guts that are colonized by the same five core microbes. “Unlike humans, whose guts change with every meal, most bee species have retained these same bacteria over roughly 80 million years of evolution,” said Jessica Maccaro, a UCR entomology doctoral student.

The researchers hypothesized that either the core microbes would persist in the carrion-eating bees and would have evolved to digest meat protein instead of pollen, or that the diet shift would have resulted in the extinction of core microbes and their replacement by different microbe species that can break down carrion.

To test this theory, the researchers set up baits composed of pieces of raw chicken suspended from branches in the tropical forest trees. These attracted carrion-eating species, that they refer to appropriately as vulture bees, as well as related bee species that feed opportunistically but not exclusively on carrion for their protein. For comparison, the team also collected bees from species that feed only on pollen and nectar.

Normally, stingless bees have baskets on their hind legs for collecting pollen. However, the team observed carrion-feeding bees using those same structures to collect the bait. “They had little chicken baskets,” said Quinn McFrederick, a UCR entomologist.

On analyzing the microbiomes of all three bee types, they found the most extreme changes among exclusive meat-eaters. These vulture bees had lost some of the ancestral core microbes, retained others, and made use of new, acid-loving microbes that are usually found in the environment and on carrion. The abundance of acid-loving bacteria suggests that an acidic gut is important for vulture bee nutrition and health, as has been found in other carrion-feeding animals.

“The vulture bee microbiome is enriched in acid-loving bacteria, which are novel bacteria that their relatives don’t have,” McFrederick said. “These bacteria are similar to ones found in actual vultures, as well as hyenas and other carrion-feeders, presumably to help protect them from pathogens that show up on carrion.”

For example, Lactobacillus bacteria were found in vulture bee guts; this is the bacterium used by humans to culture milk into yogurt and make sourdough bread. The researchers also found Carnobacterium present as part of the gut biome; this bacterium is associated with the digestion of flesh.

“It’s crazy to me that a bee can eat dead bodies. We could get sick from that because of all the microbes on meat competing with each other and releasing toxins that are very bad for us,” Maccaro said.

The researchers noted that these bees are unusual in a number of ways. “Even though they can’t sting, they’re not all defenseless, and many species are thoroughly unpleasant,” Yanega said. “They range from species that are genuinely innocuous to many that bite, to a few that produce blister-causing secretions in their jaws, causing the skin to erupt in painful sores.”

In addition, the carrion-eating bees still produce honey that is sweet and edible. “They store the meat in special chambers that are sealed off for two weeks before they access it, and these chambers are separate from where the honey is stored,” Maccaro said.

The research team is now planning to investigate vulture bee microbiomes further, hoping to learn about the genomes of all the bacteria as well as the fungi and viruses in their bodies. They hope to learn more about the larger role that microbes play in overall bee health.