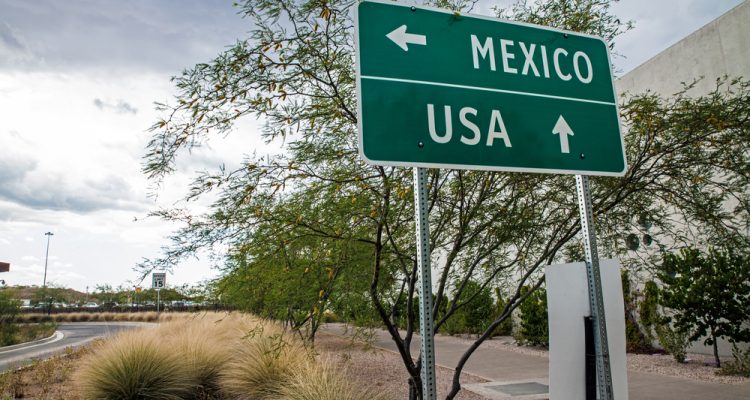 Building a wall on the U.S.-Mexico border would be an “act of self-sabotage,” according to the Sierra Club and other conservation organizations.

The wall, a pet project of new President Donald Trump, has met with resistance since it was proposed. But beyond the $12 to $25 billion price tag and the risk of the U.S. damaging relations with its third biggest trading partner, activists are now raising concerns about the wall’s environmental impact.

The president insists the wall is necessary to prevent illegal immigration from Mexico. The Mexican government will pay for it, he said; Mexico has refuted that claim.

The amount of concrete needed to build a wall on the magnitude the president has proposed would produce massive amounts of carbon dioxide, engineers in New York and London told Bloomberg News.

A wall stretching 1,000 miles – slightly over half the length of the U.S.-Mexico border – would require about 275 million cubic feet of concrete, the engineers said. That could release up to 1.9 million metric tons of carbon into the atmosphere, they said.

Still, while most scientists agree that human-produced atmospheric carbon is a major contributor to climate change, a handful of skeptics and the president himself disagree.

Unfortunately, the atmospheric carbon produced by a massive wall on the border are not the only ecological costs.

For the members of the animal kingdom who live along the border, a man-made wall could cut through their territory. Animals such as El Jefe, the only wild jaguar in the United States, and American black bears that rely on mating with their Mexican counterparts could be cut off from others of their species.

Animals that regularly migrate could be blocked from their summer homes. Species that have been shifting north to cooler climes could also find themselves stuck.

“Walls and barriers have already been constructed across more than 650 miles of the U.S.-Mexico border,” the Sierra Club said on its Borderlands website. “These barriers block wildlife migration, cause flooding and damage pristine wild lands, including wildlife refuges, wilderness areas, and national forests.”

The Sierra Club has taken up positions against a number of the president’s actions during his first week in office, including an order restarting work on the Keystone XL and Dakota Access oil pipelines.