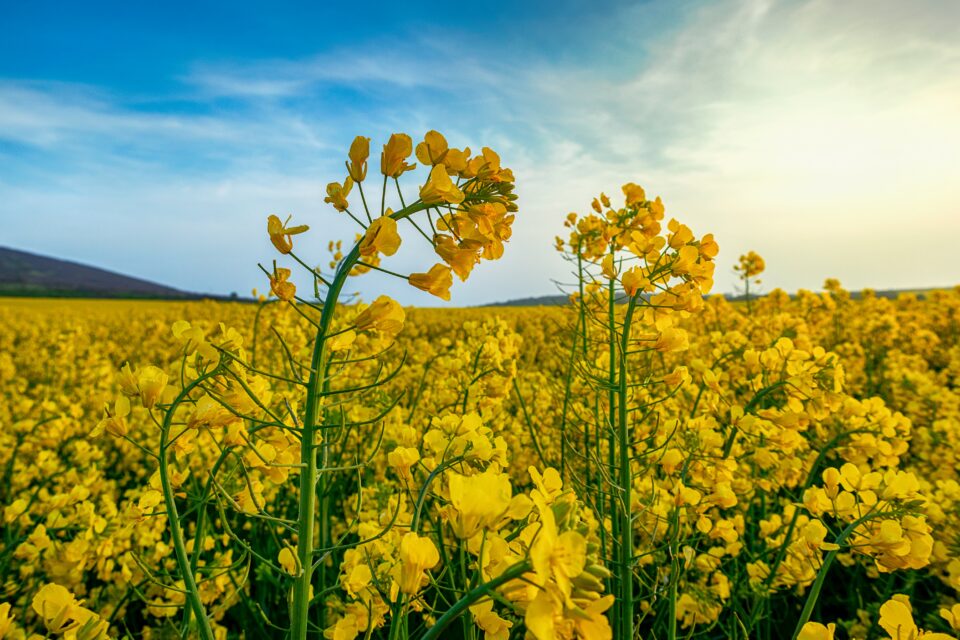 Experts at the John Innes Centre have found a correlation between early winter temperatures and crop yields for some economically significant crops. The researchers combined laboratory work with fieldwork to conduct their study and found that a chilling period in late November/early December promotes growth in oilseed rape plants. Although this process has been well studied in perennial plants, this was the first study to demonstrate this phenomenon in an annual crop.

“It was surprising to find that winter annuals have this flower bud dormancy – no one has ever suggested that this mechanism is important to flowering time control in annual plants,” said Professor Steve Penfield, a group leader at the John Innes Centre. “Our experiments further show that if flower buds experience warmer than average temperatures then growth slows down and plants produce aberrant flowers and low yield. Conversely, we know that if plants get chilled at this stage this promotes faster growth and higher yield.”

Study first author Dr. Carmel O’Neil explained why this information is critical: “We want to understand the effect of climate change on the UK crop yields. To predict these effects and respond to them we must understand all the processes by which varying weather affects yield. And that is what we have done here in this study – proving experimentally what we have seen previously in correlated studies.”

The researchers determined that the expression of a gene called FLC influenced the bud dormancy response to winter temperatures.

“We had seen this correlation between chilling and yield in the data, but until now we could not say that chilling was linked to the physiology of the crop – it is not for example that chilling just kills some disease or pest – although it might do that as well,” explained Professor Penfield. “But we now know why chilling influences yields and it is down to physical effect on the growth rate of the plants.”

Researchers hope that this study can be used to help us adapt our agricultural practices in a changing climate.

This study is published in Proceedings of the National Academy of Sciences.