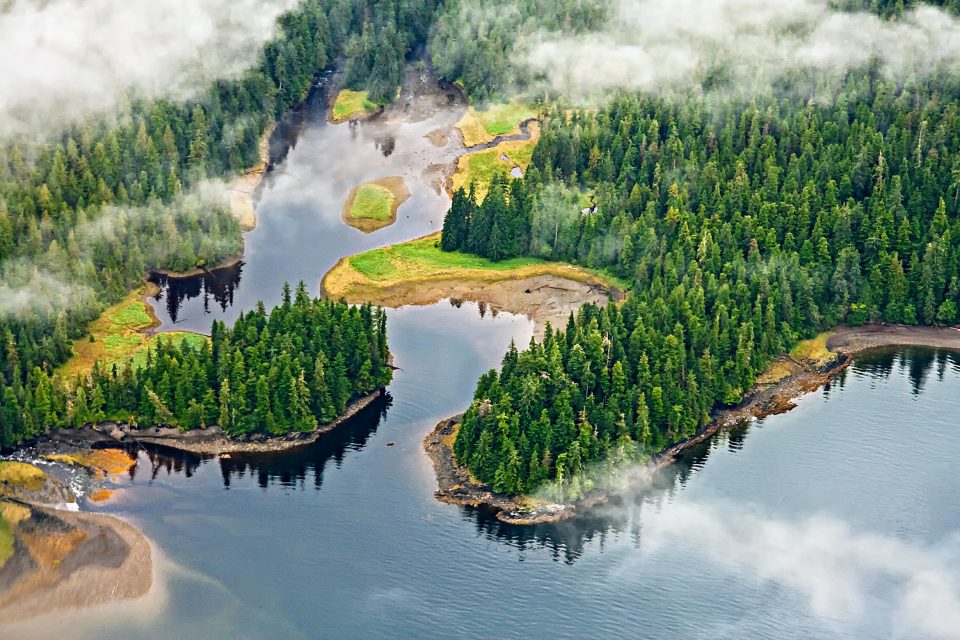 Climate change is triggering harmful ecological changes in North America’s largest temperate rainforest. The researchers said that even though this region is extremely remote, it is not immune from the negative impacts of climate change.

The northeast Pacific coastal temperate rainforest in southeast Alaska can store more than 1,000 tons of carbon per hectare in biomass and soil. Across this region, glaciers are disappearing faster than most other places on the planet, and winter snowfall is turning into winter rain.

“This is an incredible landscape in a relatively compact area we have as much biomass carbon as 8% of the lower 48 states put together,” said study co-lead author Professor Brian Buma of CU Denver.

“The 200-foot trees, the deep soils – it’s just layers and layers of life. And that land is so intertwined with the water that any change in one means massive change in the other, downstream and into the ocean.”

Throughout the temperate rainforest, global warming is increasing temperatures in streams which can harm salmon. Climate change is also boosting ground temperatures, with potentially fatal consequences for trees.

“Coastal temperate rainforests (CTRs) epitomize how connections between terrestrial, freshwater, and nearshore marine ecosystems are being altered by temperature increases, precipitation changes, and the loss of glacial mass,” wrote the researchers.

The temperate rainforest in Southeast Alaska is one of the most pristine and intact ecosystems on the continent. As the climate warms, the forest is growing faster and removing large amounts of carbon from the atmosphere.

The experts report that a lot of this carbon “leaks” out through the creeks and rivers, where marine ecosystems thrive on the flow of energy off the land.

“Coastal margins are highly active zones at the interface between land and ocean, encompassing tightly linked, dynamic, and productive ecosystems,” explained the study authors. They noted that climate change is now threatening the resilience of these complex social-ecological systems.

“This region is immensely important to global carbon cycles and our national carbon strategy, but we still don’t know the direction overall carbon stocks and movement will take as the world warms,” said Professor Buma.

“While there is ample research identifying how important this area is, more work is needed to determine where this large reservoir will trend in the future.”

The study is published in the journal Oxford Academic BioScience.