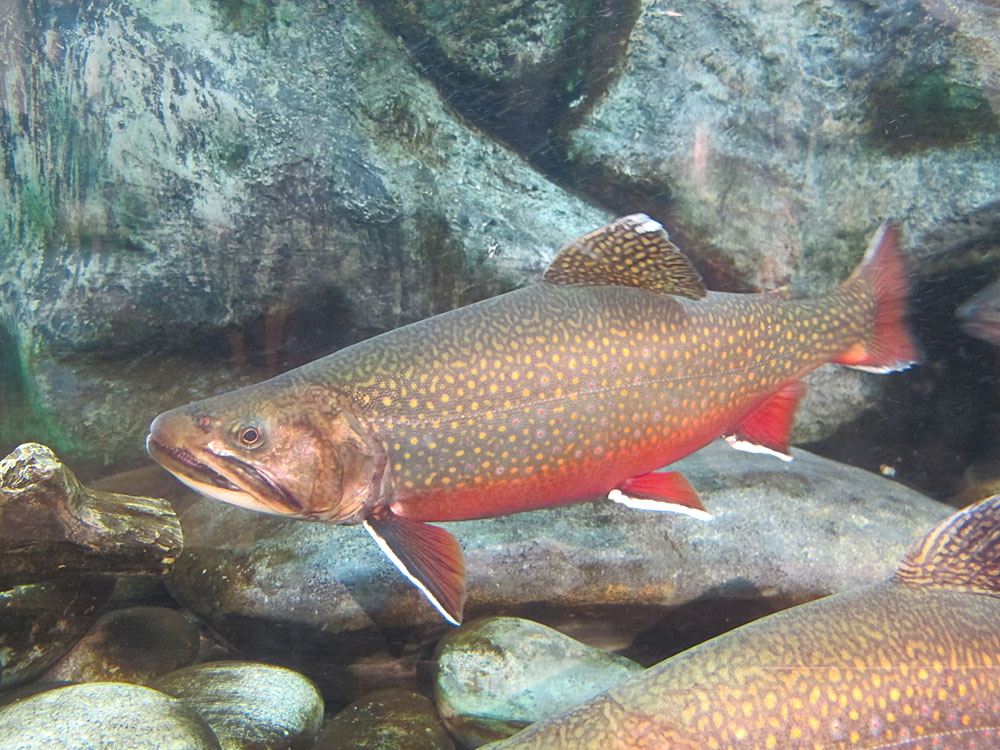 When trying to explain the potential effects of climate change on plants, fish and wildlife, scientists usually resort to language that fails to convey the impact of warming. Now, a study by Penn State’s College of Agricultural Sciences fisheries researchers clearly explains the impact of projected warming waters on wild brook trout in the eastern U.S. for fishermen.

The eastern brook trout is a socially and economically important fish that occurs in small cold water streams and lakes, and self-sustaining populations support angling throughout the Appalachian Mountains, from Maine to Georgia. However, warming air temperatures are expected to reduce available cold-water habitat and result in a smaller brook trout distribution and fewer angling opportunities.

The researchers then calculated the distance required to drive from the centers of 23 cities spread throughout the eastern brook trout range to the 10 nearest stream segments likely to have wild brook trout under current and future conditions. They published their study in a recent issue of Fisheries.

“Climate change is expected to result in widespread changes in species distributions for freshwater fish species. Although anglers and other resource users could be greatly affected by these predicted changes, changes are rarely reported in ways that can be easily understood by the general public,” said Wagner, who is assistant unit leader of the Pennsylvania Cooperative Fish and Wildlife Research Unit at Penn State.

The effects of climate change on fish and wildlife are usually reported to the general public using summary metrics or maps designed to communicate concepts that are not normally encountered in everyday life, including changes in habitat suitability, range shifts, or increasing risks from disease or extreme events, according to Wagner. “Though these metrics are necessary, meaningful, and understood by scientists, many people lack the necessary training and background to readily understand them.”

“Further, scientists and nonscientists alike may struggle to convert these metrics into a currency that directly affects day-to-day life. Climate science is a complex issue, and when we communicate potential responses of vegetation, fish and wildlife to nonscientists, creative thinking with respect to the currency of communication will facilitate discussions between scientists, policy makers and the public.”

DeWeber, who was a doctoral student at Penn State when the research was conducted, noted that travel costs based on distance have been widely used to value ecosystem services such as angling under climate-change scenarios, but have not been used for communicating potential changes to the public, despite the intrinsic link to everyday life.

For example, the driving route from Philadelphia to the nearest brook trout stream was predicted to cover 249 miles in a warmer future, much longer than the current 48 miles.

The lengths of trips from many northern cities, such as Bangor, Maine, were predicted to increase but were still relatively short in the future because nearby streams were still predicted to support brook trout under warmer conditions.

In contrast, anglers in southern cities, such as Cleveland, Tennessee, would experience dramatic increases in the lengths of trips because brook trout are predicted to be lost in surrounding areas.

Although anglers tend to be very dedicated, DeWeber pointed out, it is unlikely that many would drive great distances to fish very often due to cost, especially if those last remaining streams become popular and crowded. He believes that losses of wild brook trout populations and increased trip lengths would likely result in reduced resource use in many areas.

But he suggested that people are unlikely to be concerned about the potential effects of warming if they do not understand what may be coming. “Communicating species responses to climate change in everyday language could greatly increase the ability of resource users and other members of the general public to understand and relate to predicted changes,” he said. “A clear understanding of potential changes might not lead to greater societal concern about species’ responses, but it may enable people to make informed decisions.”