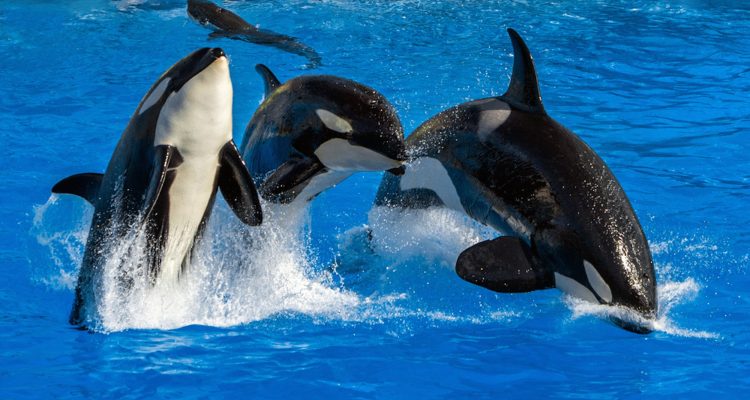 The orca is a magnificent creature also known as the killer whale. They are skilled hunters able to overpower large marine animals, but they are not known for violence towards humans. To aid them in their hunt, they grow huge teeth of up to 4 inches in length. Orcas are characterized by their long dorsal fin and black & white coloring, and are considered to be the largest of the dolphin family – full grown whales can weigh up to six tons, with a length of 32 feet.

Terrible news for the orca population of Washington waters emerged yesterday, with three whales presumed missing or dead since this summer.

Following these deaths, the number of Washington State orcas has dropped to 80, the lowest frequenting these waters in decades, the Center for Whale Research reported yesterday. These impressive creatures face constant threats from pollution, human interference, and lack of nourishment, having been listed as endangered in 2005.

Experts say the orcas are being affected by a decline in the availability of suitable nutrition, which is hitting mothers and newborns hard.

Ken Balcomb, principal investigator at the Center, called for dams on the Lower Snake River to be breached, which would release more salmon into the habitat. These whales have a strong preference for chinook salmon, which are depleted in the area.

“We know what we need to do: feed them,” Balcomb said.

However, there is opposition to the removal of the dams, with criticism coming from the local community who point out the hydroelectric power created by the dams powers the regional economy.

This issue has been the focus in a long-running lawsuit that had its latest ruling in Portland this past May, when U.S. District Judge Michael H. Simon rejected the government’s latest plan for offsetting the damage that dams in the Columbia River Basin pose to salmon. Judge Simon ordered them to come up with a new plan by March 2018.

Let’s hope they reach a solution before more orcas in the region perish.

The Center for Whale Research is dedicated to the study and conservation of the Southern resident killer whale (orca) population in the Pacific Northwest. It’s a non-profit organization which has been running for forty years.